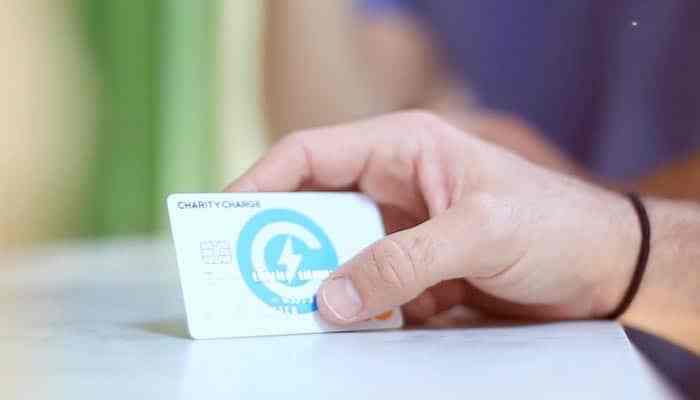 “Always do the right thing son.” that’s a quote from Stephens father. Stephens father passed away from cancer at the age of 53 when he was a sophomore in college, but that message has always stayed with him.  He taught Stephen how to love and the importance of giving back. Now Stephen is the Founder/CEO of Charity Charge, a new startup looking to change the way we all feel about credit cards.

Like most of us Stephen succumbed to the relentless marketing ploys and signed up for a credit card with a rewards program. After a while his rewards points kept piling up, so one day he went online to see what amazing items would be available for him. Maybe a new Keurig, a pair of night vision binoculars or a suitcase. While looking for something, any future garage sale item he could redeem his points for, Stephen recalls hearing his fathers voice telling me to “do the right thing son”.

At that moment Stephen realized his fathers message to him was about to become Stephens message to the world. “Do the right thing.” Charity Charge was born not only as a way to give back but to make it incredibly easy for everyone to do the same each and every time they used their credit card.

Every year over $16,000,000,000 in credit card rewards points go unused and expire. Doesn’t it seem like they could be put to good use by schools, organizations or charities?

Below is a Q&A with Stephen Garten, Founder of Charity Charge

Let’s talk about the idea for Charity Charge: What did you see in both the charity arena and banking arena that sparked the idea to create Charity Charge?

It started out as a simple idea. I had been accumulating a bunch of reward points and cash back through the credit card I had been using. I remember signing up for the card and having these illusions of grandeur like “Oh, this card is gonna change your life, it’s the greatest thing in the world.”

I used the card all year, and I remember logging into the bank’s reward system in December to check it out and see what I was gonna earn. I started scrolling through and started asking myself, “Do I wanna get a toaster oven, do I want an Olive Garden gift card, do I want to get a Samsonite briefcase?” I kept scrolling through, and it was frustrating because there was nothing that I wanted–you know, I didn’t need more stuff.

So I logged off frustrated; I was kind of pissed off. I felt like I had been duped or something into getting this credit card because at the end of the day I didn’t really care about the rewards it was getting me.

I checked my email and I got an email from a nonprofit I had previously supported that year called Hill Country Conservancy which is in Austin. They were asking for a donation to help them meet their budget fundraising gap for the year. It was at the point that it kind of clicked for me, and I’ve also been inspired by awesome companies like TOMS that helped really kickstart at scale, like getting a real brand out there that was about giving back and doing good through the products we buy.

I remember it just hit me, like, “what if there was a way where I could have been supporting Hill Country Conservancy or any nonprofit just through my everyday purchases.” So instead of buying a product, I had this card and I could make a difference with whatever I bought, whenever I bought something, wherever I bought it.

That’s really the idea. I think you asked a question about the banking arena, and I think that all really ties in. That’s definitely what sparked the idea.

Can you give us an idea of Charity Charge works?

We went out, and I was able to form partnerships on the financial side with MasterCard and Commerce Bank. So this is a credit card, it works just like any other MasterCard and it’s accepted wherever MasterCard is accepted worldwide. You can probably think of it in the same way of having an airlines credit card that earns airline miles; the difference is with Charity Charge you earn cash back in the form of a donation that automatically goes to the nonprofits of your choice. On the back-end we partnered with the leaders in both the nonprofit database information called Guidestar and also on the donation processing side called Network for Good. Network for Good has processed over $1.5 billion in donations. But by working with both of those our technology system is built on top of theirs and connects in. So that cardholders can, right now, search any nonprofit in the US: that includes K-12 schools, religious organizations, colleges, universities, you name it. It’s all in there.

We wanted to give power to the people, have one credit card to give to them all, and create a tool for everyday giving. I felt that what has existed in the past have been these one-off affinity credit cards where a really large bank partners with a mega-sized nonprofit. This finally puts the power in the consumer’s hands to support national or local, and have the ability to change it up. So in the donation dashboard they can track and see their impact. They also have the ability to make changes as they wish. And as they accumulate badges and make progress, if cardholders want to, they can share that out to social media. In the future, cardholders will be able to earn donations to their favorite charities if they invite new friends 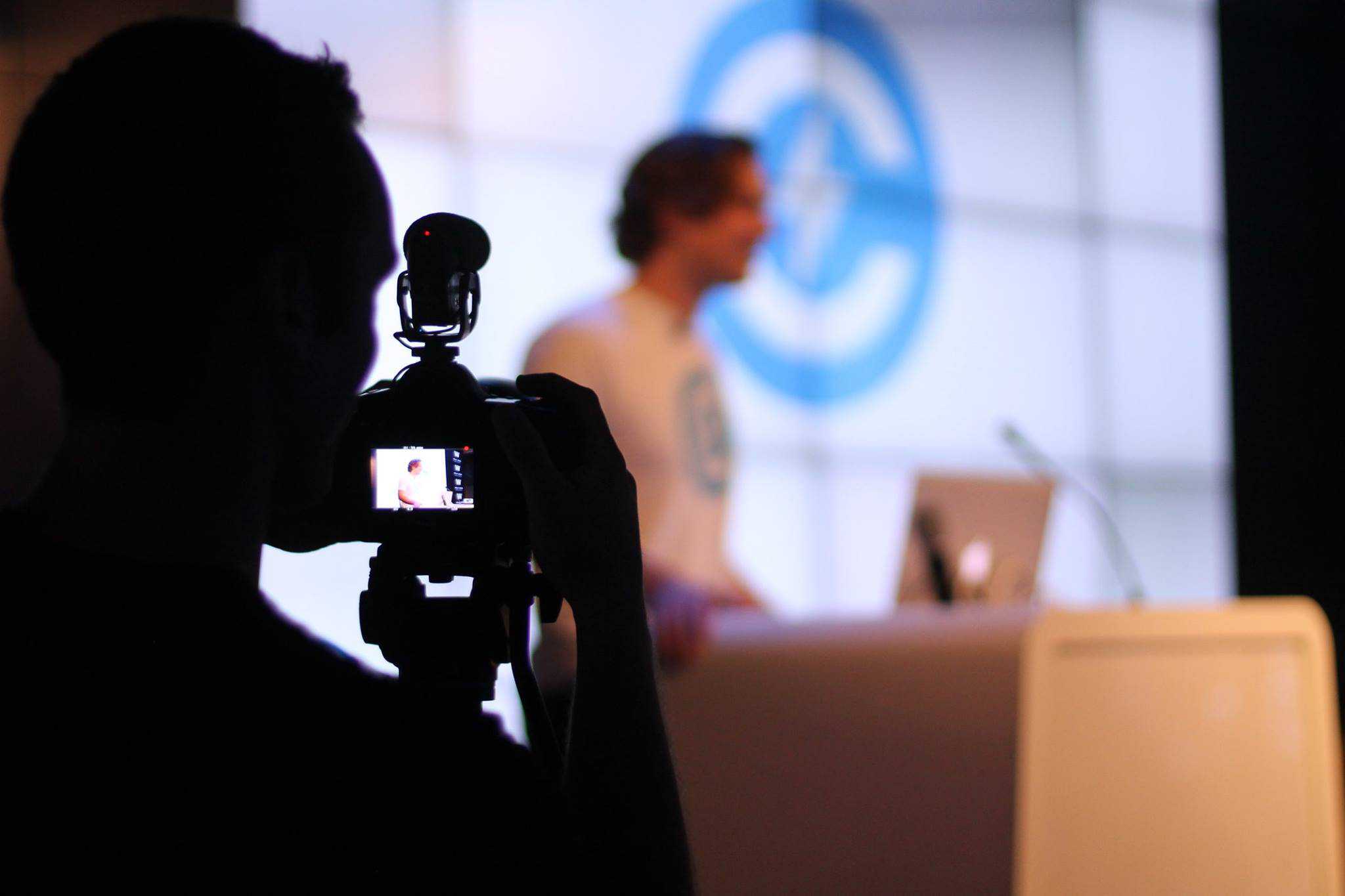 When you speak to people about Charity Charge, what is the response you get? What are some of the things they like about it?

It has been awesome. I’ve had my card for about three weeks, and obviously before that I had been sharing the idea, but now actually having it and being able to use it at merchants or buying my friends a cup of coffee–being able to just pull it out and talk about my company. People are just stoked. They’re so amazed at how simple it is, that it fits into everyday lifestyle. We’re all consumers, we all buy things. This is just an extension that lets them do good daily. I think the other thing that’s kind of eye opening to people is the fact that they can contribute to whatever they want. My company, Charity Charge, exists to really just help people do good.

I’m proud to say that with Charity Charge we talk the talk and walk the walk. Charity Charge exists to help people and to help nonprofits. That’s what we’re here to do.

What were the biggest obstacles in starting Charity Charge? Was getting banks and payments processors on board with you and nonprofits to be a part of it?

Wow, this is a huge question. Because this is what took literally years to figure out. The biggest obstacle by far was getting the bank and payment network (meaning Commerce Bank and MasterCard) on board to do the program with us. I can elaborate, but I’ll stop there. That is a whole beast in itself. I’ll just say this, traditionally a co-branded credit card–whether it’s an American Airlines credit card, a Nordstrom’s credit card, or a Best Buy credit card, just look out there at what exists–those are proven brands with huge customer followings. That’s really because the banks and payment networks want to avoid risk, and I get it I mean that’s the space that they are in: financial services. The idea of what I have been able to pull off: a young company partnering with these organizations is pretty much unheard of.  To say the least, I’m extremely proud that I was able to pull off of these partnerships together and get our four key partners on board: MasterCard, Commerce Bank, Network for Good, and Guidestar.

What do you envision for Charity Charge? In five years what do you hope it becomes?

I can answer in a couple of ways, but what I gotta say is that I’m just focused on doing the little things. Forever as a young entrepreneur when I first had the idea, I was chasing a lot of shiny objects. I wanted everything right away, and I had all these big ideas for CC and all of that. What I have learned as I have matured as an entrepreneur, and I turned 30 a couple of months ago, is that

if you just do the little things right and you have good intentions and you focus on doing the right thing, the big things take care of themselves. So my goal right now is to really just spread the word as authentically as possible.

Big picture, I just want this to become a part of everyday lifestyle. I want giving back to be seamless and easy. I was fortunate to have a good upbringing, I wasn’t spoiled, but my parents worked hard and were able to provide for myself and my brother. And I know how disadvantaged people are out there both within the US and obviously globally, and it’s always amazing to me the stratification between the rich and the poor when you think about how a lot of people are living off of less than 2 dollars a day.

I think that it would be awesome if this becomes a whole movement of everyday giving and if this becomes the card of choice for people that recognize that they have so much and that they can really make a positive difference. Little amounts earned from everyday purchases add up.