Conscious Fashion and Accessibility with Mahima Gujral, Founder of Sui 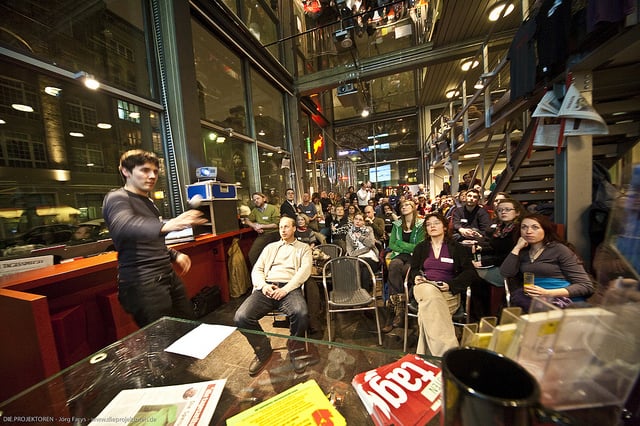 Social Entrepreneurship is expanding and evolving in all sectors of our society. I believe we are starting to see a major shift between the traditional business models of the 20th century and this new SE business model that has manifested itself in the 21st century . This list is full of Individuals who are taking this new business model and changing our world.

In 2009 she traveled to Jiangsu Province of Eastern China to teach English. There she noticed olive green army-style shoes worn by Chinese workers and farmers. These symbolic shoes inspired her to form a brand that influences social good through retail.

BANGS is from the Chinese character for the word help, which is spelled b-a-n-g. BANGS connect consumers with amazing nonprofit organizations who focus on long-term methods of development. BANGS and its nonprofit partners help others stand on their own two feet. there are currently six different color shoes that BANGS produces, each color/shoe representing a different issue in need. Check out more on BANGS and watch the video here.

Shivani began developing the idea for InVenture in late 2010, with the vision of pursuing the potential for micro-businesses to pursue their dreams, create jobs and alleviate poverty within their surrounding communities.She has a wide array of professional experiences in global health, microfinance, and investment banking. Prior to InVenture she worked health costing at UNFPA and Mergers & Acquisitions at Health Net and Citigroup. Additionally, Shivani is a 2013 TED Fellow, 2011 Echoing Green Fellow, 2011 Unreasonable Fellow. She is also a blogger for the Huffington Post, and on the board the LA Chapter of Young Women Social Entrepreneurs. Shivani holds a M.P.H from Columbia University and a B.A. from Wesleyan University.

Mosaic connects investors to solar projects in need of financing. As the solar project produces clean electricity, it generates revenue by selling power to the solar customer. As the project earns revenue, investors are paid back with interest. Mosaic connects investors to high quality solar projects. The mission is to open up clean energy investing and fundamentally change the way energy is financed. Billy co-founded and grew the Energy Action Coalition into the largest youth organization in the world focused on clean energy and climate solutions. Billy is also the co-author of Making Good: Finding Meaning, Money, and Community in a Changing World

Matthew Clough is a social entrepreneur who has dedicated himself to helping children get an educations in Tanzania, Africa. He is the founder of stone + cloth, a baggage company where your purchase supports children’s educations in Tanzania. Stone + Cloth does this in partnership with the Knock Foundation, a nonprofit dedicated to education in the community. 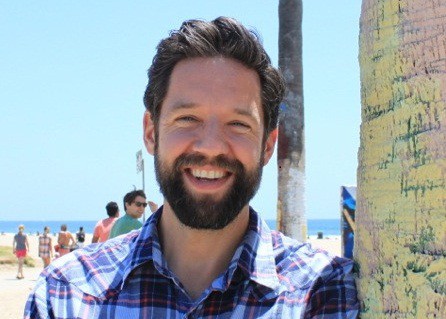 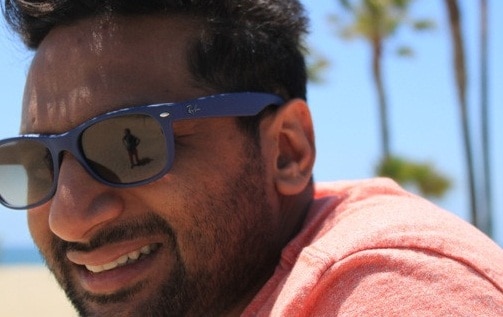 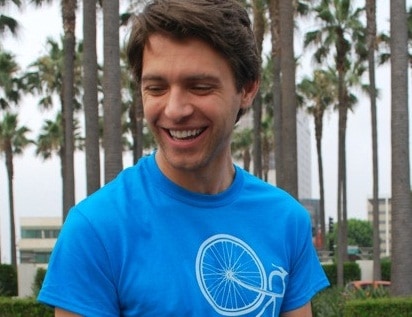 A few years ago they traveled to Africa on a humanitarian trip. Upon visiting a refugee camp in Liberia they were introduced to severe acute malnutrition and the incredible life-saving food that was combating it. Plumpy’Nut® has been hailed as a “miracle supplement” on 60 Minutes, but to witness it literally lifting children from the brink of starvation was a watershed moment for these 3. This Bar Saves Lives began taking shape right then and there. What if we could make a wholesome, delicious nutrition bar… and use that to raise awareness and funds to help fight malnutrition around the world? Since June 2013 This bar Saves Lives has have donated 67,641 life saving meal packets. Please support this great cause here.

Cristi Hegranes is the Founder and Executive Director of Global Press Institute (GPI) and the Publisher and Executive Editor of Global Press Journal. A 2013 Ashoka Fellow, Cristi is an experienced social entrepreneur and renowned international journalism trainer. GPI is an award-winning, high-impact social venture that uses journalism as a development tool to educate, employ, and empower women in the developing world to produce professional local news coverage that elevates global awareness and catalyzes social change. GPI has trained and employed 135 women journalists across 26 developing countries, including Argentina, Cameroon, India, Kenya, Mexico, and Sri Lanka.

Ramzi Jaber is using design and technology to create and highlight data-based stories to inform public opinion about social justice issues, this is called Visualizing Impact. Ramzi is presenting information and data that would otherwise remain hidden in text, into a compelling and informative visual tool. Effective storytelling and visual tools are necessary for the success of delivering an impactful story to this generation. Such initiatives can only have an impact if they are able to garner public support and thus place pressure on decision-makers. The availability of information is expanding faster than our ability to comprehend it, thus leading to an information overload and fatigue for many people. Visualization has proved to be an effective tool to make sense of this information glut given that 50 percent of the brain is dedicated to processing visual information.

Seth co-founded TurboVote while receiving a Master’s in Public Policy at the Harvard Kennedy School of Government. He previously worked as a research associate at the Council on Foreign Relations (where he founded CFR’s annual capture the flag game), a program administrator at the Institute for International Education, and a berktern at Harvard’s Berkman Center for Internet and Society. While earning a BA in economics at Columbia University, Seth served as student body president, leading the council in successfully lobbying Columbia to reform its financial aid policies. In 2011, he was honored as one of Forbes magazine’s “30 Under 30” in the field of law and policy. Seth is also a Draper Richards Kaplan entrepreneur and Ashoka Fellow.

Love is Mighty is a forward thinking fashion brand based out of NYC. Its Founder, Monisha Raja has been is the fashion industry for decades, but saw something on her travel to India. Construction now dominates India’s big cities, more and more tribal artisans in rural villages are giving up their centuries-old craft to learn to hang drywall and mix cement. Talented hands are having to abandon what they know and love. Thousands of years of Indian traditions are about to vanish. Love is Mighty is trying keep these long and loved traditions in tact by giving locals alternatives to the constructionindustry. It’s great to see a fashion brand focused on economic development along with great fashion. When you get a chance check out Monisha’s collection here.

José is a passionate advocate for social justice. He graduated from Princeton University’s Woodrow Wilson School and the University of California at Davis. A former legislative assistant for Congressman Ruben Hinojosa and nonprofit lobbyist in Washington, D.C., he advocated for federal policy change regarding immigration, hunger and welfare reform. After working to improve predatory mortgage and payday lending practices at the Center for Responsible Lending, he organized a statewide coalition of asset builders for the Asset Policy Initiative in Sacramento. José became Mission Asset Fund’s founding Executive Director in 2007. Mission Asset Fund (MAF) is an award-winning nonprofit organization that integrates financially excluded low-income and immigrant communities into the financial mainstream by offering innovative and culturally relevant financial programs, products, and services.

Rutul is the co-founder and Chief of Products and Marketing at Bright Funds.Before founding Bright Funds, he worked in marketing, product design, and software development at various successful bay-area startups and venture-backed private companies including Coverity, Omneon,Topspin Communications (acquired by Cisco) and Procket Networks. He has a Master’s in Computer Science from USC, and an imminent MBA from UCLA Anderson School of Management.

Ty is the co-founder and CEO of Bright Funds, where he leverages his strong interpersonal skills,broad business background and analytical approach to problem solving with his passion for changing the world.Prior to Bright Funds, Ty co-founded and built OutServe into a national organization supporting LGBT equality in theUS military, where he remains on the board of directors. He previously worked for Deloitte, with the partnership’s venture capital, private equity and technology clients, followed by his work as the lead business analyst for Coverity.

Jim Ziolkowski is the Founder, President and CEO of buildOn, a non-profit organization that builds schools in developing countries while also running afterschool service programs in America’s toughest inner-cities. At home or abroad, Jim’s goal is to break the cycle of poverty, illiteracy and low expectations through service and education. Inspired by his own travels to some of the most impoverished countries in the world and his experiences living in Harlem, Jim derailed his fast-track career in corporate finance at GE to dedicate his life to buildOn.

The seeds for buildOn were planted when Jim was hitchhiking and backpacking around the world after graduating from college in 1989. During a twenty-seven-day hike into the Himalayas, Jim came upon a village in Nepal that was in the midst of a two-day celebration for the opening of a school. For the last several months, he had witnessed the immense suffering caused by extreme poverty. But in this village he saw something different. He saw the hope and courage of a community, and it all revolved around education.

When he got back to the United States and began his job in corporate finance at GE, Jim could not shake those memories of poverty abroad and he was more acutely aware of poverty faced by many urban youth here in America. So he quit GE to start buildOn. Check out the inspirational book Walk in Their Shoes: Can One Person Change the World?

Related Post: Causeartist Presents: The 36 Social Entrepreneurs To Watch For In 2018

14 Social Entrepreneurs Share Ideas on How to Recover from Failure

7 Travel Experiences that will Change Your Life Forever