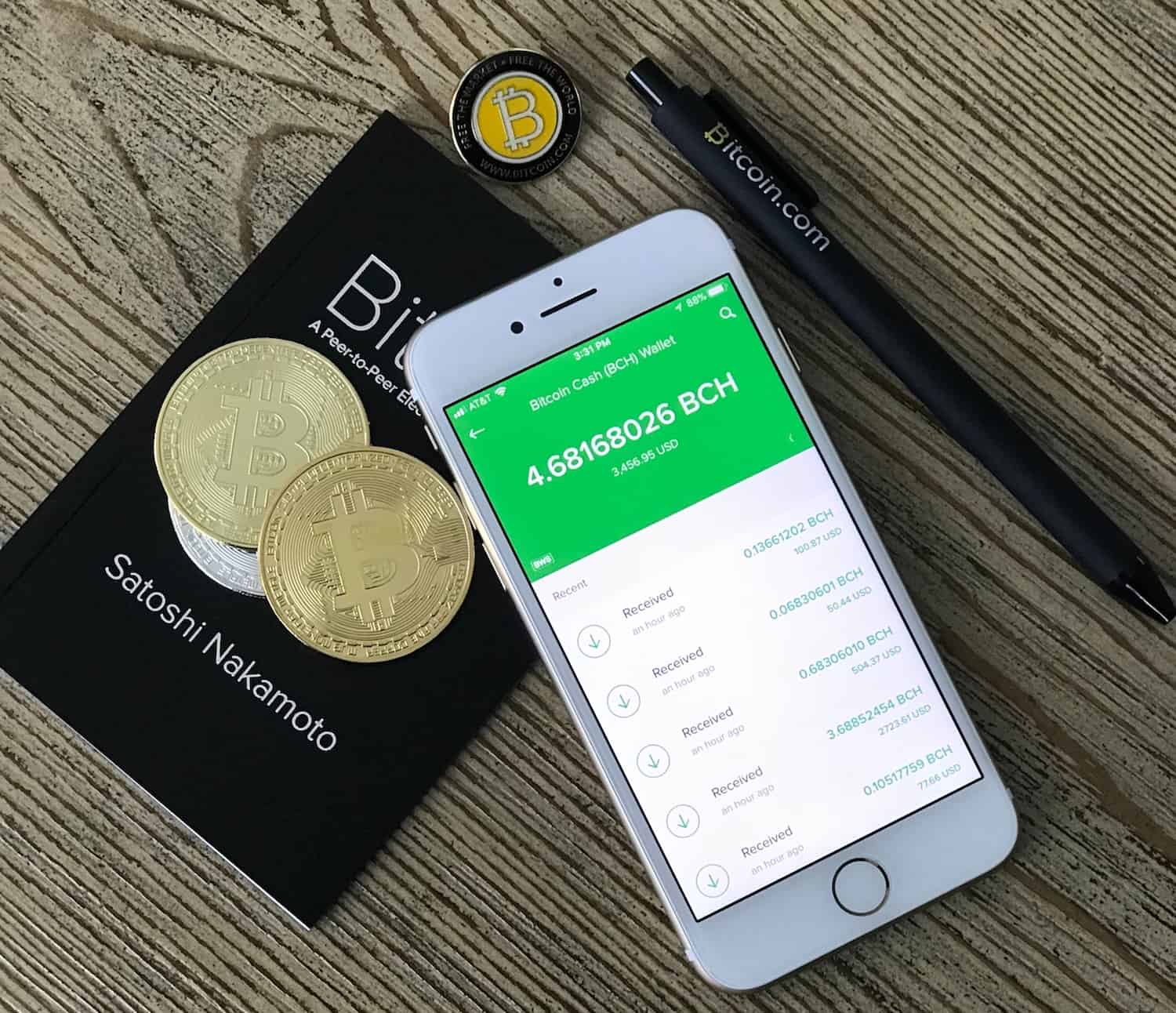 Over the past few years, cryptocurrency, and the technology that powers it, blockchain, has burst into the mainstream on many levels. Much the same can be said for social entrepreneurship and impact investing. The social impact economy is real and it is absolutely coming. According to the World Economic Forum the social impact economy could reach a market size of between US $400 billion and US $1 trillion by 2020. This is an amazing and inspiring number.

The question then becomes, what will power this potential trillion dollar economy? The simple answer is blockchain and cryptocurrencies, but as of now only 0.5 percent of the world’s population is using blockchain, while more than 50 percent of the population has access to the Internet. The low usage of crypto and blockchain is a normal trend for a distributive technology, but when disruption truly occurs it will happen quickly and on a mass scale. Currently there is an estimated 24 million active Bitcoin wallets around the world. In comparison there is an estimated 3.2 billion people active on the internet.

Can blockchain have this robust growth over the next decade?

As blockchain matures more and more; companies, investors, and organizations will begin to implement new and creative ways to use it. This is already happening, but as we saw the robust growth of the internet over just a ten year span, we could be on the cusp of seeing that with blockchain and digital currencies around the world.

The developing world in most respects are way ahead of the developed world when it comes to implementing blockchain and cryptocurrencies. There is an estimated 2 billion working-age adults globally (38%) that do not use or have access to formal financial services. Blockchain is creating a flexible and robust financial system for the developing world, skipping the large financial institution banking model all together. For more on this particular subject please read this great post from CoinCentral: How Blockchain Can Eradicate Poverty in Third-World Countries

Blockchain for Social Impact Coalition (BSIC) incubates, develops, and implements confederated blockchain products and solutions that can address social and environmental challenges across the United Nation’s Sustainable Development Goals. The coalition aims to inspire, federate, and create bridges between NGO’s, and government agencies, foundations, impact investors, philanthropists and technologists. The Blockchain for Social Impact Coalition is an initiative of ConsenSys. 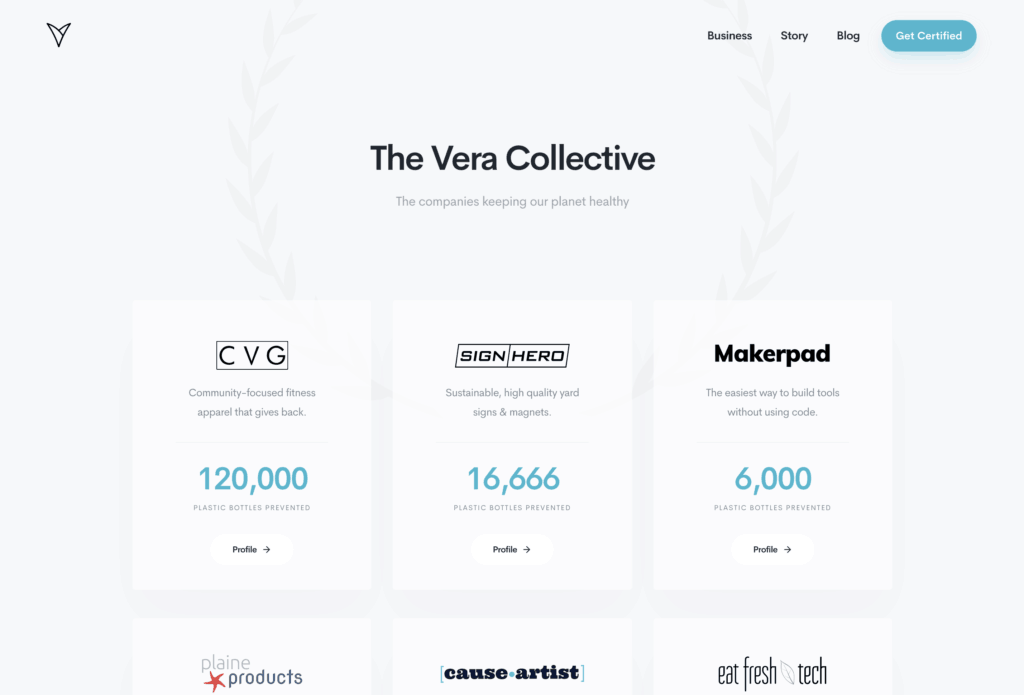 Vera is a simple way for businesses to offset their plastic footprint. By becoming Vera-Certified, you’ll help create new jobs for people who collect ocean-bound plastic. You’ll not only alleviate poverty, but also ensure that plastic never ends up in our oceans! The best part about Vera, is that everything is transacted through the blockchain, which creates a traceable, auditable supply chain that guarantees our promise. Join Vera’s collective who already offset more than 40,000 plastic bottles every month!

Impak Finance created an Impak Coin, the first stable cryptocurrency designed to support the growth of the impact economy. By design, Impak Coin will build loyalty, reward collaboration and encourage its holders to buy from impak.eco accredited members. Impak Finance is building an ecosystem to bring citizens, businesses, and investors together, both digitally (impak.eco) and face-face, to grow an economy built on social values. By using Impak Coin you will create meaningful purchasing habits and support impak.eco businesses. For each Impak Coin transaction you get an MPK reward and the business doesn’t have to pay transaction fees. 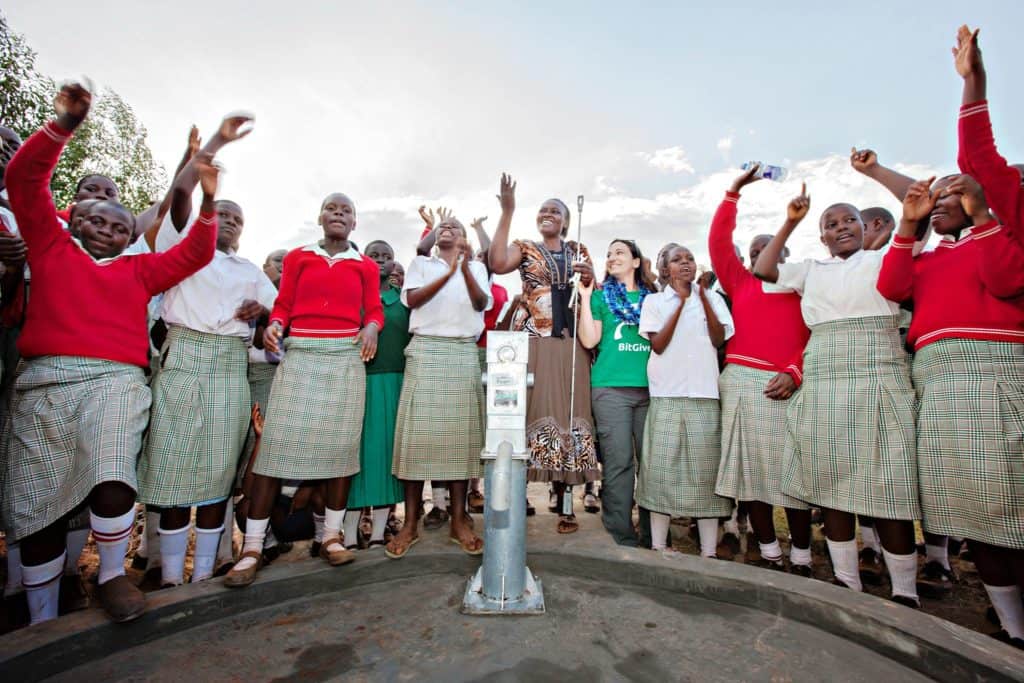 GiveTrack is a platform nonprofits use for taking donations and sharing with donors exactly how their contributions are used while tying donations directly to a project result. GiveTrack is a project of BitGive. GiveTrack is built on a public ledger that provides financial transaction information in real time. Donations made in bitcoin are displayed on the Bitcoin blockchain, a public ledger that is immutable and transparent. Project results are tied into GiveTrack through a reporting mechanism that provides notification of project milestones and written updates from the charity’s representatives in the field. 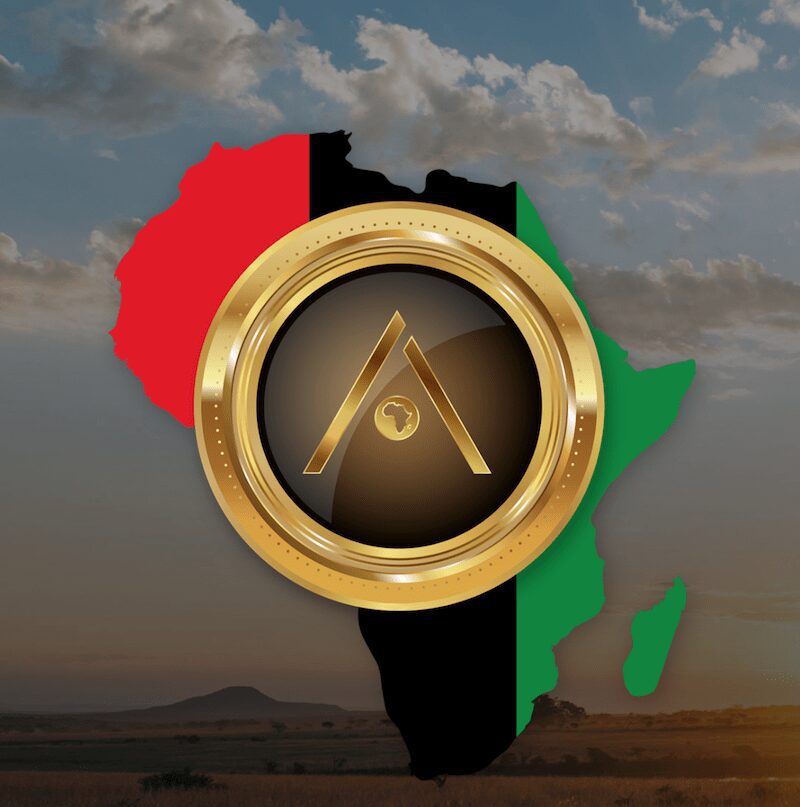 AKoin is a new cryptocurrency from visionary changemaker Akon and is the foundation of the AKoin Ecosystem– a unique global project that offers an abundance of digital and in-real-life platforms and experiences that create opportunity and inclusion for youth entrepreneurs by allowing consumers to buy, hold, and spend cryptocurrency right from their smartphone through a suite of blockchain-powered apps. Created by Grammy-nominated, multi-platinum selling artist, producer, entrepreneur, and philanthropist Akon, who successfully founded and grew Akon Lighting Africa to provide scaled solar power solutions throughout 18 countries to date in Africa, the AKoin Ecosystem’s exclusive suite of sustainability and growth-building crypto-based apps offer immediate and ongoing new revenue generating opportunities to stimulate micro-exchanges and financial stability.

Using blockchain technology, the Plastic Bank offers a secure and transparent way to monetize ocean-bound plastic with a dual mission of protecting the environment, and banking the unbanked in some of the world’s poorest regions. The Plastic Bank helps build recycling infrastructure in the world’s poorest countries, such as Haiti, and addresses the inefficiencies of existing informal systems in highly urbanized areas such as Sao Paulo in Brazil or Manila in the Philippines. Collection centers are built in close consultation with local communities, and are run by local entrepreneurs to ensure that the operations are self-sufficient and sustainable on the long run – people living below the poverty line are offered a stable source of employment, often earning twice their regular income as a result.

ROOTS tokens create an economic logic that aligns the interests of those who possess capital and those who are trying to escape poverty. RootProject creates a virtuous circle by creating an ongoing demand mechanism for ROOTS tokens via on the ground, crowd-funded projects that produce a public good. Ownership of ROOTS is encouraged by providing economic opportunities to token purchasers as well as low skilled workers. When the currency appreciates, it creates value for everyone in the system because ROOTS tokens are held in a pension-like fund for those who complete RootProject activities while those who have purchased tokens see their value grow due to reduced supply and continued demand.

ixo is optimizing the way the world creates impact. Using blockchain and next generation web standards, the ixo protocol combines data with trust. The world is starting to realize how important it is to really count what matters, for people and the planet. With ixo, all measurable changes that have an impact can now be transformed into Verified Impact Data with crypto-economic Proof of Impact, which enables anyone to value what counts for sustainable social, environmental and economic development.

Trusted Impact data grows investments into impacts and optimizes the results, assisted by machine learning and intelligent oracles. The ixo protocol generates Impact Tokens that are traded through decentralized impact exchanges. These digital assets will create new marketplaces for the Impact Economy.

The watercoin WTR will allow O’Claire, a subsidiary of SUNWATERLIFE,  to have sufficient means to distribute its O’Claire drinking water on 3 continents. The funds raised will be used in particular to acquire and set up drinking water production units, set up production, distribution and sales and marketing teams, and make the necessary communications investments to deploy the brand. A portion of the proceeds raised will be locked-in to meet sufficient financial guarantees. The WATERCOIN WTR, a cryptocurrency with a strong societal impact!

Everex is the first fully transparent microfinance platform. Built on Ethereum blockchain technology and accessible from mobile devices, the Everex network allows anyone to request microcredit and send fiat payments from anywhere in the world. We offer technology and services within an ecosystem involving software applications to facilitate cross-border lending, remittances, merchant payments, and currency exchange. Our solution assists 2 billion underbanked individuals to build and improve their credit history on the basis of mobile phone data, granting them access with EVX to the global financial system for the first time.

Cherr.io harnesses the power of charitable blockchain solutions to supplement the ones in need. Cherr.io’s main focus is to bring the product with full support of smart contracts and attract new charity organizations with live campaigns.Cherr.io is partaking in the future of charity by offering blockchain solutions for charitable donations. They aggregate these resources towards the Global Goals in a cohesive and systematic way. Cherr.io’s goal is to make this technology available to all charitable organizations by creating an universal platform that will improve and expand the existing fundraising processes, increase transparency and reinforce the trust that the people have in charitable organizations.

Blue Whale will empower the world’s freelance community by creating the largest worker-centric decentralized ecosystem where independent workers can pursue their passions and get the value they deserve from the gig economy. With freelancing demands on the rise, middlemen tech giants like Uber and AirBnb have been profiting from the gig economy from exorbitant commission and marketing fees, while freelancers are left with little to no security for performing these jobs for their customers. Blue Whale plans to answer the gig economy’s problems by providing a decentralized ecosystem that takes these middle men out and establish a direct connection between the freelancer and customer.

Alice is a social funding and impact management platform built on the Ethereum blockchain. The platform incentivizes organizations (charities, NGOs, social enterprises) to run projects transparently, by making sure they get paid more when they achieve their goals. The performance of each project is publicly available, making it easier for funders (philanthropic organizations, impact investors, small donors) to identify and help scale social projects that actually work. Shared impact data also helps reduce due diligence and reporting costs, and helps social organizations collaborate more effectively. 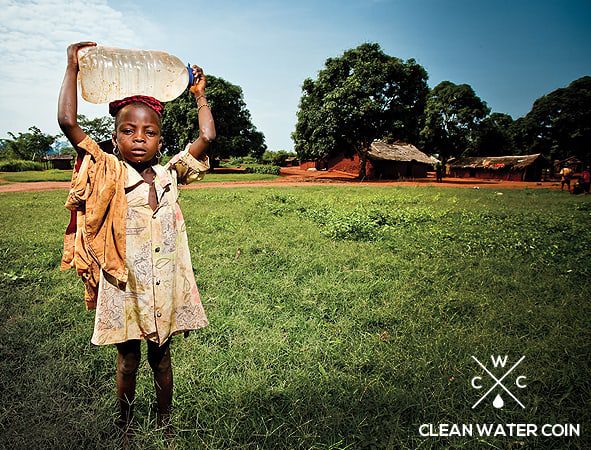 The Clean Water Coin Initiative is the first ever coin designed and developed to be a nonprofit organization. The organization created a Crypto Charity and coin that lets a community actively participate in helping provide clean water. The organization has teamed up with CharityWater.org so that we can create campaigns and raise funds for clean water projects.

The Diamond Time-Lapse Protocol is a traceability initiative built on a blockchain-based platform for the diamond and jewelry industry. The aim is to engage all industry participants including manufacturers, retailers and consumers to know a diamond’s story from the origin to the end customer. This has been developed from understanding that consumers have a keen interest in the lifetime journey of their diamonds and jewelry, as well as the industry desire to demonstrate authenticity, transparency, and provenance.

Amply is a digital identity protocol that builds trust. Amply provides every child with their own self-sovereign digital identity based on the blockchain. This will enable children to receive benefits and services that they might have previously been excluded from. In their pilot project, Amply is being used to replace an existing paper-based system to register children for a government funded pre-school subsidy in South Africa. Service providers use a mobile app to verify children’s attendance at classes and to capture other useful information.

This will increase trust in the funding mechanism and make funding available to more children who need it. It will save administration time and costs. And it will provide really useful information about how and where services are being delivered. Amply is unique in that it places each individual child at the centre of their relationships with Early Childhood Development services in a way that is ‘self-sovereign’ and directly beneficial to them. This means that a child’s digital identity and personal data are privately owned and controlled by the individual (with some help from their guardians).