6 Lessons The Pandemic Taught Me About Being A Social Entrepreneur

Inspiring Story: From 8 Year Old Cuban Immigrant, to Working for Google, to Becoming a Tech Founder

Tribalingual is an online language learning platform that teaches rare and endangered languages through online course content and personal Skype sessions with a language instructor. Half of the world’s 7000 languages are expected to disappear by the end of the century. The purpose of Tribalingual is to ensure that the unique beauty of individual cultures doesn’t get lost in translation. By learning languages at risk of extinction, students help preserve the unique cultures around the world.

All the courses last for 10 weeks, are online and easily available wherever you are. On top of that you receive personal weekly Skype sessions with your teacher to ensure you are truly learning and motivated for the entire course.  At the moment, Tribalingual offers the content of the first week of any course for free so you can experience what learning an endangered language feels like. Create your account to view the course structure and access the first week!

Currently the program offers four endangered languages you can start learning. The languages include:

The Ainu are an indigenous group living in Japan. No one knows really where they originally came from, there is speculation that they arrived from Siberia, but no one has been able to prove that yet.

Gangte is an indigenous language spoken in the verdant hills of Manipur, a bucolic northeastern state referred to by Indians as The Jewel of India. Gangtes have official tribal status in Manipur, but the language is also spoken in Assam, Meghalaya, and across the border in Myanmar.

Quechua is an indigenous language spoken mainly in the Andes of South America, since the times of the Incan Empire in the 15th century. It is spoken by an estimated 8-10 million people. Peru has the highest number of speakers, about 5 million, or 20% of the population. In Peru, the language is considered to be an official language, along with Spanish.

Below is quick Q&A with Inky Gibbens, founer if Tribalingual.

How did you get interested and involved in endangered languages?

I originally come from Mongolia, but my maternal grandparents come from Siberia, from a place called Buryatia. I moved to the UK in my late teens and in an effort to connect back with my ancestral roots, I became interested in learning the Buryat language. But through my research, I was horrified to find out that Buryat was actually classified by the United Nations as endangered. This means that the language will very soon die out and so too will the culture and traditions of the Buryat people. I couldn’t let that happen so I looked for ways to learn the language. However, I realized that there was no way I could do it online or with a teacher. I also realized that there were many others who wanted to learn rare and endangered languages but couldn’t do so. Tribalingual was born as the solution.

Before Tribalingual came along, what other organizations or tools were out there preserving languages? Is Tribalingual the first to take on this endeavor?

A lot of admirable work is being done by societies and funds for endangered languages to document these languages while their speakers are still alive. Unfortunately, when the last surviving speaker dies, the languages essentially die with him, as it is unlikely that someone will dig up the archives and start learning on their own. But even if  some speakers remain,  to learn an endangered language today is virtually impossible. It is really difficult to find material online, and any existing content is minimal.

So, yes, Tribalingual is the world’s first online platform for teaching rare and endangered languages.

How does Tribalingual choose teachers? Are they individual straight from these communities teaching via Skype?

We began by searching for native speakers online and offer them the opportunity to develop a course with us. In the vast majority of cases, our teachers are members of the communities and are native speakers. At the same time, there are some languages with less than 10 speakers left. The community members are often elderly and unable to use the internet. In this case, we find fluent second language learners who are passionate about the language and culture and want to share their knowledge with people all over the world. 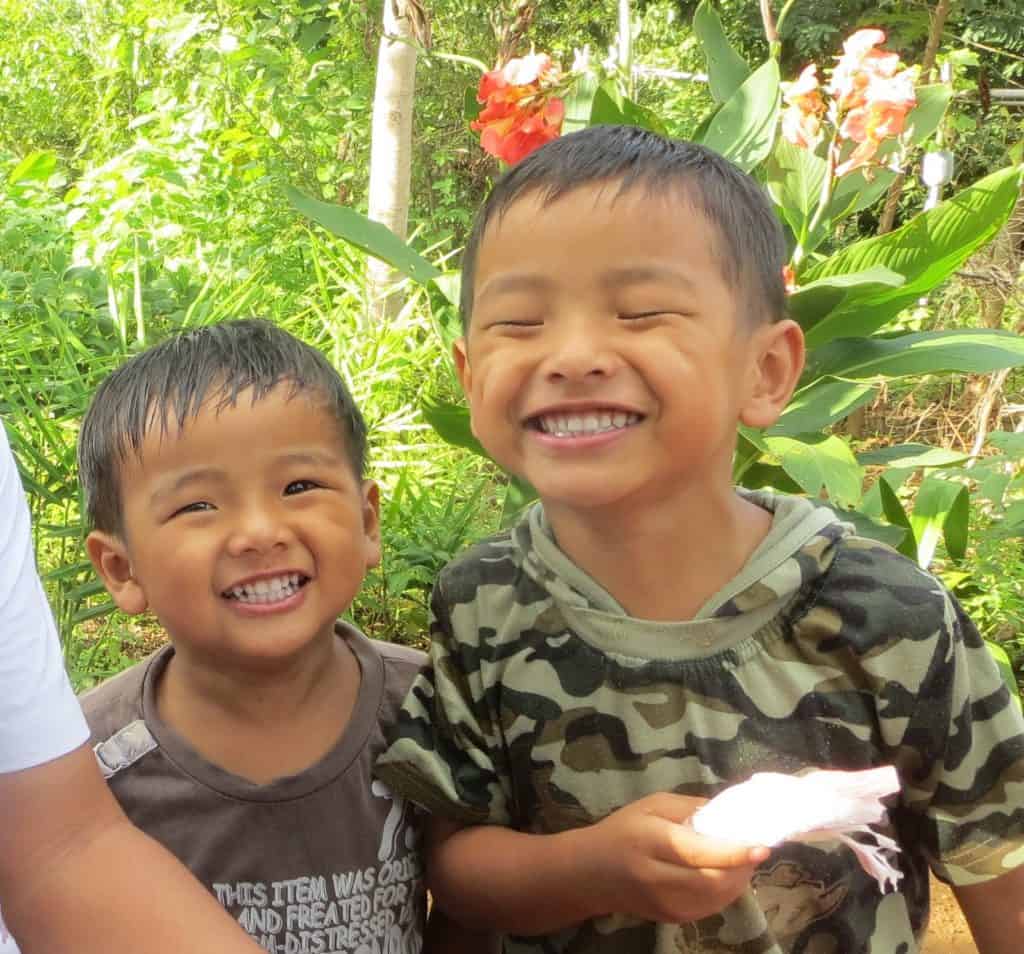 Its great to see a University involved in something like this. How did the partnership with the University of Cambridge come about?

The University of Cambridge supports businesses that are able to make huge social impact in the world. Our idea met their rigorous criteria, and we were accepted into their Social Incubator. Since then we received valuable mentorship and support from a large number of people who believe in our mission.

How has the global community responded to Tribalingual and have there been other people or organizations step up to help with the venture?

The response we have received from the general public, scientists and native speakers from all over the world has been incredibly positive and exceeded even our expectations. We understood that our mission of preserving cultures and languages resonates with a lot of people. We all want to protect what’s most important for us – our culture, our heritage, our customs and our world views.

We want to live in a world when diversity triumphs over uniformity, color breaks the monotony and endangered languages continue to thrive.

When someone asks why an endangered language is important how do respond?

When languages die we lose an incredible opportunity to learn about our collective human psyche. This is because languages aren’t just ways of communicating, they are fundamentally ways of thinking as well. Let me illustrate this: a small tribe in the Amazon rainforest, known as the Piraha uses a language that doesn’t contain any words for defined numbers, like 1,2 ,3. Instead they simply use words words like ‘all’,  ‘small amount’ and ‘many’ to describe quantities. 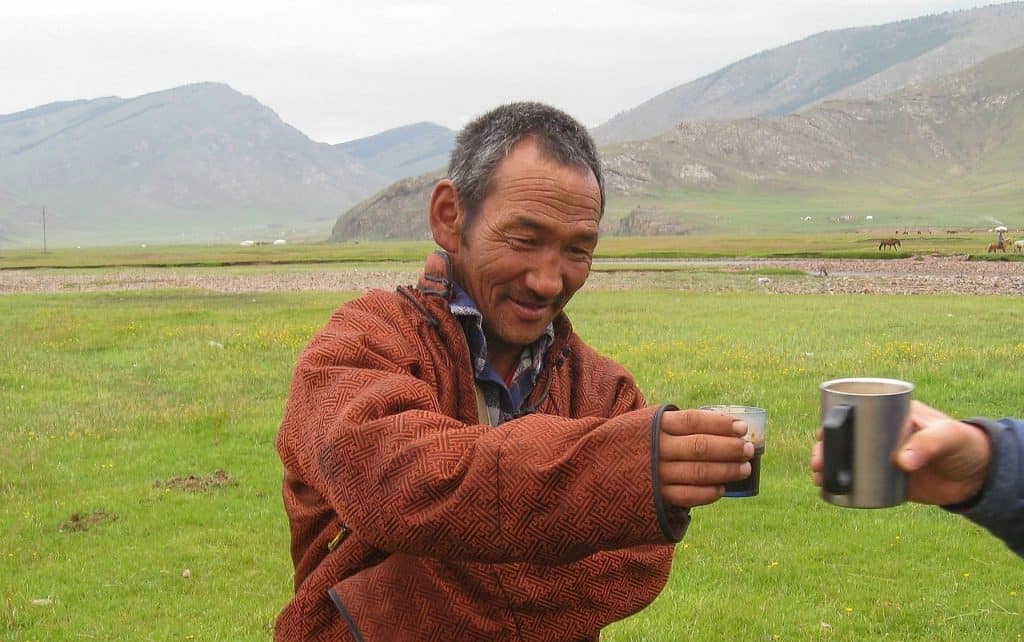 Many people have been out to the Piraha and tried to teach them how to count, but all attempts have been unsuccessful. It turns out, if your language doesn’t have have words for defined numbers, your worldview works without them. Isn’t that just incredible? Or what about the language of the Amandowa tribe that has no words for “time”, “past, “present”, or “future”? They don’t refer to the past or future, but they just live in the present. So you see, even with something so fundamental to the existence as our passage through time, if your language doesn’t have the linguistic capacity to describe time, then your worldview works without it.

These cultures have something we simply cannot comprehend. And if we didn’t know all this we would assume the world is just how we see it. But language isn’t just a vehicle for communication, it defines how we see the world. How many different ways are there then of viewing the world? And how human really are we if we only understand one way of being human? The important thing for language conservation is that we’re barely scratching the surface of what these and other languages can teach us about the way human beings can look at the world. If they die now, we’ll simply never know.

Meet Edvo, the Educational Tool to Empower Life Long Learning for Billions Around the World

Codeverse Expands its Interactive Coding Studio for Kids Across the Country