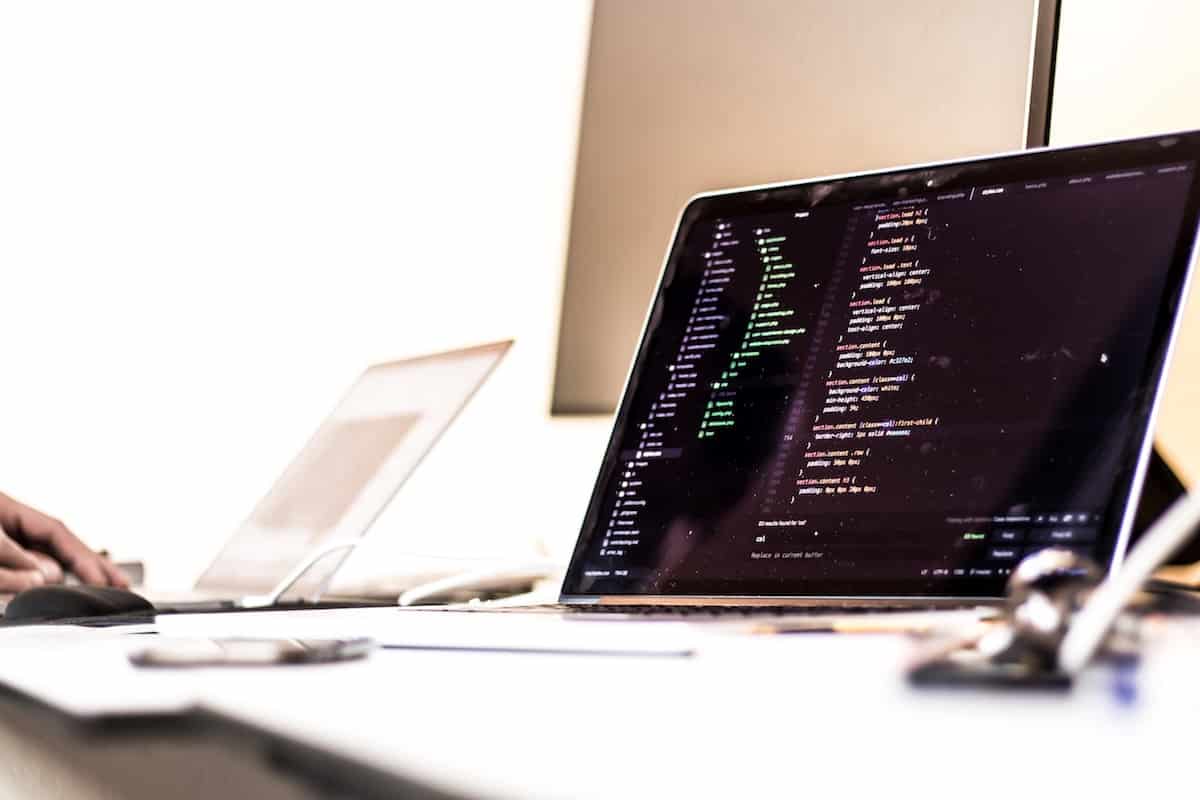 Update: Modern Labor has changed their business model and are no longer paying individuals to learn software development. It was an amazing idea, but I guess at this point it was not a sustainable business model. 😞

Meet the Y-Combinator backed startup, Modern Labor. Modern Labor is a revolutionary educational platform that will pay you $2000 a month for five months to become a full-stack developer. Once you have completed the five month curriculum, Modern Labor will also help you find a job.

Most of us can’t take five months off work or from family obligations to immerse ourselves in learning how to code for the modern workforce. Modern Labor removes the financial constraints that prevent many talented individuals from spending the necessary time needed to learn a high-value skill and better their lives.

According to PayScale, in 2019 the the salary of an entry-level front-end developer is $91,476. Many tech companies and traditional companies becoming tech companies have a major shortage of full-stack developers. This creates an amazing opportunity for the current workforce.

Below is an interview with the founder of Modern Labor, Francis Larson

I’ve been very interested in how people take risk for a long time. One of the biggest risks people take in their lives is their investment decision in school and training. People are often (justifiably) nervous to spend a lot of money on something that might not pan out.

When I founded our former company, Leif, I realized that you could get more people to do training if you removed some upfront investment risk by making school “free” and instead taking a percentage of income as payment. It turned out a lot of schools had this basic insight, so we gave them the technology and financing arrangements to offer it.

Everyone said the same thing: when they made their program “free” and payments based on income, enrollments shot way up and marketing costs went way down. The students love it.

But “free” isn’t good enough for the vast majority of people. Most people either don’t have a lot of savings to live a long time without income or they would simply rather work for money. It’s very hard to get people to start–let alone finish–training. There is this phenomenon with high school dropouts and college dropouts. The completion rate for college is pretty dismal and in some areas high school dropout rates are high too.

What do these individuals do instead of going to school? Often they work. Think about how fascinating this is. They are willing to or are forced to work for $10 to $15 an hour in the present at the cost of a lifetime of lower income in the future.

If you talk to them, they say, “I need to work.” Sometimes it’s motivation. Think of all the people who really struggle to stay awake in class but would never fall asleep on the job, even a job with low future prospects, like some positions in retail or food services.

In return, trainees give us 15% of their income for 2 years if they are earning over $40,000. Our guiding principle is that money, today, is a bigger motivator than money in the future for many students.

We also think the model scales better and cheaper than other school models because we can keep the ratio of teachers to students very low which is itself pretty counterintuitive but ultimately allows us to help more people.

I know Modern Labor can’t guarantee a job for a graduate, but what is the process like to get a job once the candidate has graduated from the program?

There are two routes for trainees to go after the program is finished. They can work for Modern Labor’s staffing company platform, meaning they are hired by us and do work with our clients within our network. Not everyone wants to do this though, so they can also get a permanent role with someone else if they prefer.

We market trainees to our clients and employer partners, regardless, and the ultimate choice is up to the trainee. Our overall approach is that projects (whether real-world or not) make students much more knowledgeable and marketable.

There is something about making a project from start to finish, that actually works, that employers really like. We feel this is substantially better than only being able to put a course logo on a resume, which only rarely gives real evidence of ability.

How many applicants do you accept for the course annually?

Our current cohort and next one starting in May have dozens of trainees. We want to put through over 1000 over the next twelve months. Our waitlist can handle many times that.

Is there an age limit on who can apply?

There is no age maximum but you need to be at least 18 years old.

What types of languages are taught during the program?

It’s such a shift from how normal coding bootcamps work. What has been the response by the developer community?

We think Modern Labor is really flipping the bootcamp model on its head. Instead of students paying a school to teach them, we are paying the students to learn. Ultimately we think that our model is what makes intensive skills training go mainstream. Right now the coding bootcamp industry only has around 50,000 students annually in the US. This low number means it’s still a very niche activity in the United States with a 300 million population. Multiple orders of magnitude more people are looking for work at entry-level jobs and that’s our market.

People thought Lambda School, another company funded by Y Combinator like we are, was pretty radical when they came out with a “free” school that charged based on income. They were one of our customers at Leif and we helped them grow. But we are doing something that takes what they’re doing a big step further. We aren’t just “free”, we pay people $10,000 to learn. Other schools have offered stipends for a while, but not nearly as large as ours and not nearly as cheap in terms of repayment.

The developer community response has been very positive so far. We launched on hacker news, one of the most popular websites for software developers, the other day and it was one of top ten largest “Launch Hacker News” features of all time. We’ve been surprised by the amount of people who already have decent technology skills (they are already a professional software developer, for instance) and want to use our program to upgrade their skills or move in a different career direction.

We think this continuous learning is actually how the future will look like, especially with rapid technological change and subsequent changes in the skills valued highly by the market.

Universal Basic Income(UBI) is a big topic at the moment, is the Modern Labor model scalable across other sectors of business where your model can become a standard for a next gen form of workforce UBI?

I think Modern Labor sits in the middle of universal basic income and guaranteed jobs. UBI is a promising idea but there are many who disagree with it, thinking that instead people need the dignity of a job or that basic income will cause people to be less motivated to work.

These critics often say guaranteed jobs is a better solution. But guaranteed jobs also has detractors saying it’s an unproductive use of money and a waste of time for workers. We are in the middle.

The money we give allows people to survive without having to produce anything of meaningful value in the short term (like universal basic income) but also increases their productive capacity in the future and gives them more security and dignity in the job market (like guaranteed jobs).

We will become more mainstream as a workforce UBI when we branch out from software development training to other areas. Not everyone has the ability or wants to become a software developer.

We will enter fields like finance and accounting, other areas of technology and business like product management and data science, and eventually medical areas like nursing. In the future, everyone who doesn’t have enough skills to get a good job, we will pay them to get those skills. That’s the future we want to live in and the one we are creating.

Do you believe that this is the future education model that could be a potential detriment to traditional universities?

It’s been really eye-opening to dig into most universities’ business models over the last few years. Universities spend close to $5,000 in marketing to get just one student enrolled.

Why is it so much? The federal government in the US gives out around $30,000 to each student in loans and the student controls this money. The universities realized that many students are largely insensitive to this debt though and what drives the student decision to attend isn’t necessarily the return on investment.

So the clever schools have marketed their schools as a consumption good (experiences and friends that last a lifetime). Remember, these are 18 year olds and are inexperienced buyers by definition: they are young and haven’t taken the finance classes yet. If the student drops out or doesn’t get a good job, the school has two responses: they say the benefits will accrue much later in life and there are no refunds, by the way.

Luckily people are becoming more sophisticated about the return on college investment. A number of small private colleges are closing in the US and many more will close. People talk about the student loan bubble, but it’s really more like the university bubble, fueled by cheap money that has virtually ignored outcomes.

The underlying university assets aren’t that valuable. Just like you had these swathes of empty housing developments in Nevada and Florida in the financial crisis, I think we will see a similar thing with schools.

Increasingly schools can’t justify the high fees. It’s just not worth it. The bootcamps and online courses generally are providing something comparable or better than college at much lower cost.

What’s interesting is that we even think these online, skill-focused courses are themselves overpriced. Many online coding bootcamps charge $10,000 to $20,000 for content that is largely available for free on the internet.

We are pretty radical here – not only is all the learning content cheaply available on the internet, it’s so valuable that instead of charging $10,000, we will actually pay you $10,000 to consume it. It’s better than free. We pay people to learn.

So I think what’s going to happen is eventually the model will be that schools everywhere are all free and that they pay your living costs, with some sort of income sharing at the end of it.

For longer term skills, like the skills you learn in secondary education, the government is best suited to help this. For shorter-term skills training, private market players, like us at Modern Labor, are in a good position to help. Either way there is a government-scale market here.