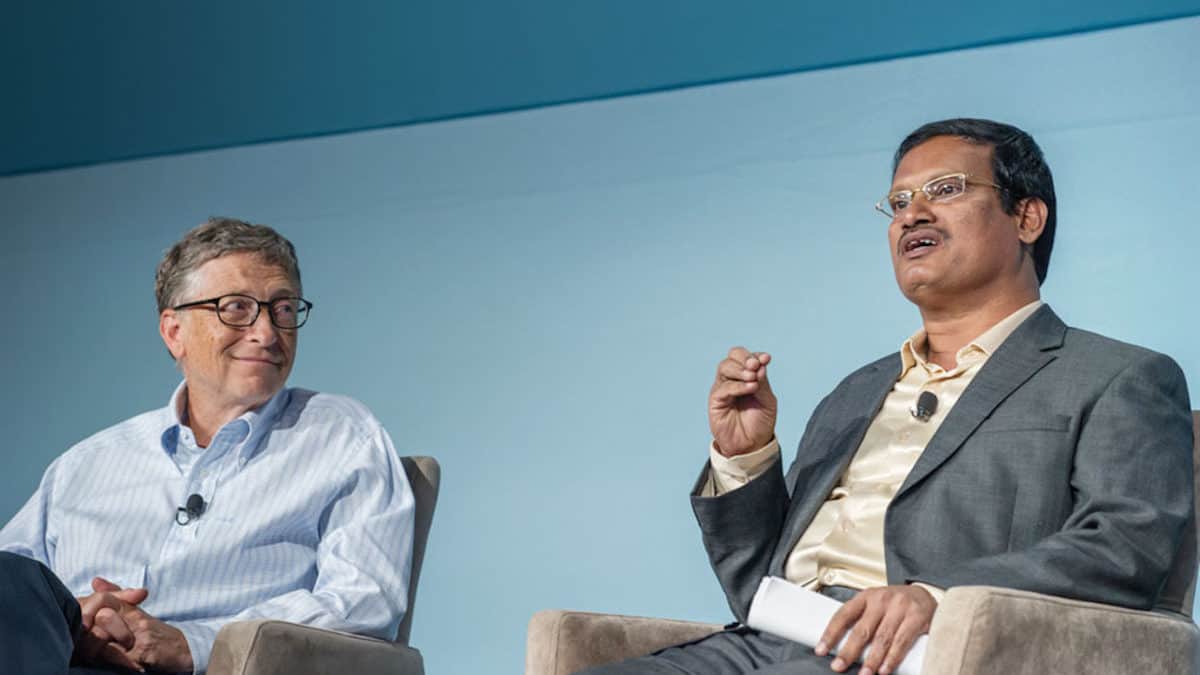 Arunachalam Muruganantham, dubbed as India’s Menstrual or Pad Man, created an eco-friendly pad machine, giving millions of women in his home country and around the world access to both menstrual hygiene and sustainable employment.

After seeing his wife use dirty rags during her period because she couldn’t afford to buy sanitary napkins, the school dropout from India recognized the devastating impact of period poverty on the health and well-being of women and girls worldwide.

3 billion people globally have no basic hand-washing facility with water and soap at home, which means that girls and women in these households are not able to manage their period under optimal hygiene levels.

Only 17% of girls in Burkina Faso have a place in their schools to change their sanitary materials, and UNESCO estimates that 1 in 10 African adolescent girls miss school during their menses, and eventually drop out. In Bangladesh, garment workers miss work for an average of 6 unpaid days per month due to vaginal infections.

In India, 88% of girls and women use unsafe materials when they menstruate, including old newspapers, rags, socks, dried leaves and sawdust, which puts them at a severe risk of infection and disease.

In a quest to make hygienic sanitary products available to all, Muruganantham spent five years developing a machine to manufacture affordable and eco-friendly sanitary pads made from wood pulp through non-chemical methods.

During this time, he was ostracized the same way girls and women are shunned because of their period. His wife and mother left him, and he was ridiculed by his local community.

When nobody volunteered to try out his prototype pad, he made himself an artificial uterus from an old ball filled with goat’s blood.

“I walked, cycled and ran with it under my clothes, constantly pumping blood out to test my sanitary pad’s absorption rates. Everyone thought I had gone mad. I used to wash my bloodied clothes at a public well and the village concluded I had a sexual disease.“

When the ball split he ended up covered in blood in front of the villagers who accused him of being a pervert, and even tried to carry out exorcism on him.

Empowering women in India and beyond

His efforts were eventually recognized by India’s National Innovation Foundation through an award to make and distribute his pad machine in India’s rural communities. Today, Muruganantham trains local women to operate his machines, which provides them with a source of sustainable livelihood, while also spreading more awareness on menstrual hygiene best practices.

In one of the villages, girls were previously advised not to step on sanitary towels for fear of going blind as a result – the same girls are now happy users of Muruganantham’s pads. Recently, he has introduced a curriculum to teach deaf women to learn how to use his pad machine using sign language.

The first time he identified his work having had a tangible social impact is when a mother shared that his daughter was able to go back to school after using his pads, and he vows to see through his dream of transforming India into a nation where all women and girls are able to practice menstrual hygiene.

To date, more than 5,200 pad machines have been distributed across India and 17 other countries.

Asia Correspondent & Regional Representative. Based out of Singapore and Indonesia, Trang is in charge of editorial content and strategy for Causeartist in Asia, leading the media platform’s expansion in the region.  In addition to her role at Causeartist, she divides her time between content and marketing strategy at Thomson Reuters, as a freelance contributor to publications focused on social and environmental issues, and as a consultant on international development projects on topics ranging from sustainable development to education and women’s rights.