40 Social Entrepreneurs to Watch for in 2021

Our podcasts explore social entrepreneurs around the world who have dedicated their lives to ethical fashion, impact investing, sustainable travel, and businesses that impact the world in a positive way.

It’s been dubbed “the old continent”, likely because of having a long story, being a place that exudes history. Its cities still hold the remnants of old castles, stone churches and statues from heroes of old.

Europe is a complex continent. Many different cultures, languages and ways of thinking and living share a small stretch of land. Its borders have been redefined countless times throughout history, mostly due to political revolutions that have even developed into terrible wars. Social ruptures are unavoidable even within each of its countries: areas claiming political independence, nationalism’s opposing unified foreign policies, radical left and right wing parties…

While taking a look at the refugees disaster and the massive arriving of African immigrants in inhuman conditions, the tumultuous UK breakup from the EU, air pollution indexes and the unstable employment situation created by the ever threatening ghost of the financial crisis (just to name a few examples), it may seem that social enterprises in Europe are non-existent. Things are changing little by little, though. There’s a new trend spreading among young entrepreneurs that strongly supports social innovation. This small sprout is already blossoming throughout Europe, creating a conscious that this world must innovate.

With such an uncertain social situation, the Old Continent is a perfect candidate for developing a new concept of business, one that is more aware of and works for its environment. I’m bringing you a few examples of this new course that is settling step by step among the new generations of entrepreneurs. Here are the five trending Social Enterprises in Europe that you should know about. 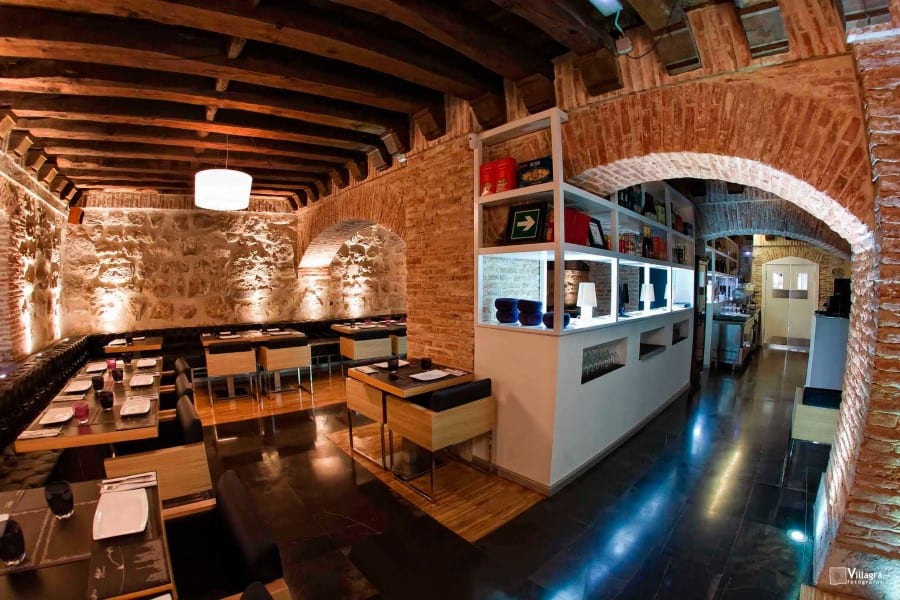 Spanish extremely high-quality cuisine is famous worldwide, with food and beverage businesses found everywhere within its borders. That’s why it’s necessary that they all follow the lead from Le Bistró, a Spanish restaurant that has managed to reorganize its whole structure to accommodate several social promotion and funding programs.

They have managed, for instance, to gather talent from recently graduated or training cooks with their “Guest Chef” program, a talent competition that offered as a prize one year of presence in the restaurant menu besides the logical financial compensation. Regarding social funding, for instance they invest 5 cents from every coffee cup served in a chosen social cause. That way, they are providing a daily contribution instead of one related to the presence of a single campaign.

But it doesn’t stop there. They are part of Project Pietá, a social business that enables social and employment rehabilitation for inmates from Peruvian prisons through garment making. That way, Le Bistró’s uniforms get a social meaning. And we can’t fail to mention their environmental concern. They are at the center of a breakfast cups loan system. With it, every day regular customers take away their coffee in a cup with lid. When they return their cup the next day, they get a new one. And what about waste management? All their disposable packaging are biodegradable and they are campaigning to achieve Zero Waste in food waste.

Le Bistró is beyond any doubt an example for Europe regarding social innovation in the food and beverage business, because it embodies what every social business should wonder: In my business activity, which areas may I use to create a positive impact in society and the environment? 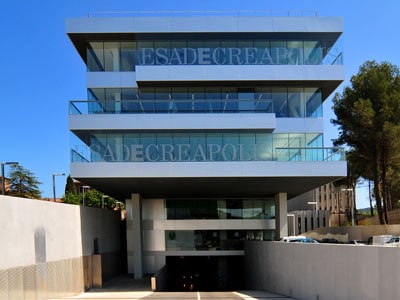 Specialisterne is a perfect example of how great ideas reshape society, giving an unquestionable worth to what was a group of socially excluded people. It was born in Denmark but it soon branched into other European countries. Its main activity lies in the job market inclusion of people with autistic, Asperger and similar syndromes. These are people with very specific abilities, which turn out to be perfect qualities to perform certain types of tasks.

This is a way of focusing features that usually leave these people out of the job market towards making competitive and specialized workers. Let me give you an example. It has been found that these people are very meticulous when performing tasks, allocating large additional resources to reach their goals. In other words, they are able to work without getting distracted for long periods of time.

A person with ASD may not be well equipped to deal with the frantic work of an office environment, with a constant flow of stress and stimuli and tasks that are often left unfinished to start new ones. However, they excel at software testing, digitization, BPO, computer development, programming and data gathering. Worldly renowned companies such as Hewlett-Packard or Microsoft have hired professionals from Specialisterne as specialized staff with great results.

This company is a perfect example of how a good idea can transform for the better the lives of people who were viewed by many as hindrances or just individuals with nothing to offer. 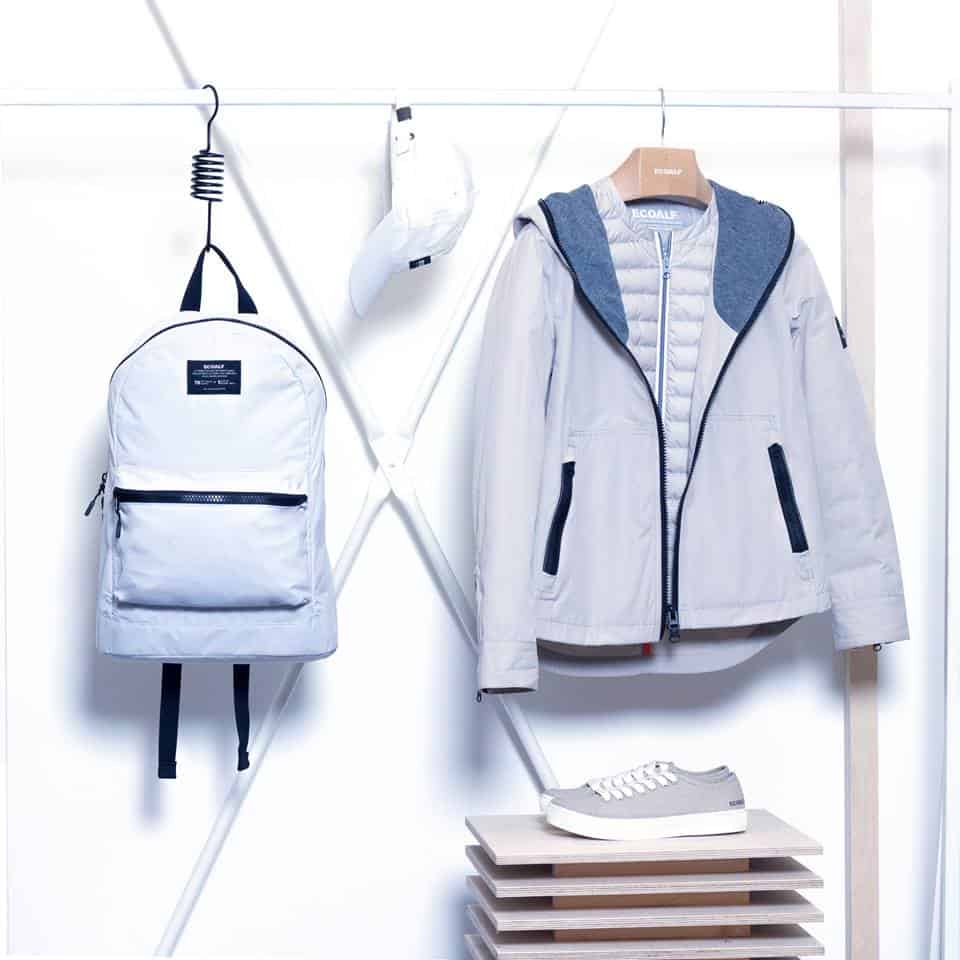 This Spanish company is a global leader in social innovation related to the recycling industry. Its story is as amazing as its clothing. Its founder worked in the fashion business and was fed up with the huge waste of natural resources and the amount of waste generated by the industry. His idea started as a modest investment in R&D in order to replace raw material based on resources with raw material based on waste. Nowadays, it’s one of the world’s most important companies in this area. It has managed to make high-quality clothing from recycled materials, mostly PET plastics and fish nets.

Once you see, touch and wear Ecoalf’s clothes, you really take into consideration the possibility of an actual change in the clothing industry and the world in general. Clothes are very high-quality and with amazing design. The final product is so cool that they have even gathered attention from celebrities such as Will I am or Gwyneth Paltrow, who have even sponsored them. Their garbage collection campaigns in coastal environments and their cooperation with developing countries have set an example to other companies and governments alike. It’s not by chance that they work with partners from all over the world, from Mexico to Taiwan, Korea or Portugal. Their model is based on integration and ongoing research of technology capable of transforming new waste materials into fashion.

I can’t finish talking about them without mentioning one of their most ambitious projects: Upcycling the oceans. Within this project, they have contacted fishermen from the Mediterranean to dispose of their fishing nets through Ecoalf so that oceans are progressively cleaned up. There are already companies taking care of cleaning up in rivers and beaches, but Ecoalf has gone a step further with Upcycling the oceans, a global pioneer in seabed recovery work.

One of the biggest problems in Spain lies in the corruption, speculation and overcharges linked to energy companies. Due to the famous Tesla batteries, which opened the door to self-supply for citizens who could afford the required investment, the Spanish government through the Department of Industry and Energy established a new tax that every media in the world made fun of. It may seem crazy, but this new law taxed every attempt to produce energy for self-consumption. It was dubbed “the sun tax”.

I’m telling you this because it’s essential to understand the tragic atmosphere surrounding the industry in Spain, where in the 21st century there are still people living in the dark due to being unable to afford electric supply. Only knowing this you will be able to understand how heroic this company is. In brief, to give you an idea of what exactly a Spanish energy company is about, I could name Montgomery Burns power plant. It’s pretty clear now, right?

Pepe Energy is born as an alternative to this model. Their project is still in beta stage, but it’s possible to hire its services already. Their two strongest points are outstanding in social innovation, which is not very difficult as other companies are new to this concept. On the one hand, they assure that 100% of power producing cost will be paid to renewable energy suppliers.

It is very difficult to accurately identify the source of the energy led to your home, but they are committed to invest in renewable energy. On the other hand, they offer an insurance service that raises the bill 0,25€ per month and guarantees that supply will not be cut off in case you lose your job or are having problems to pay the electricity bill (up to 90€/month for a year) Due to the financial crisis, many Spanish families have gone bankrupt. The enormous increase of the electricity bill brought these families to a situation of energy poverty, being unable to afford electricity, heating or hot water. Pepe Energy is here to solve that problem, invest in green energies and improve the reputation of energy companies. They’re my heroes. 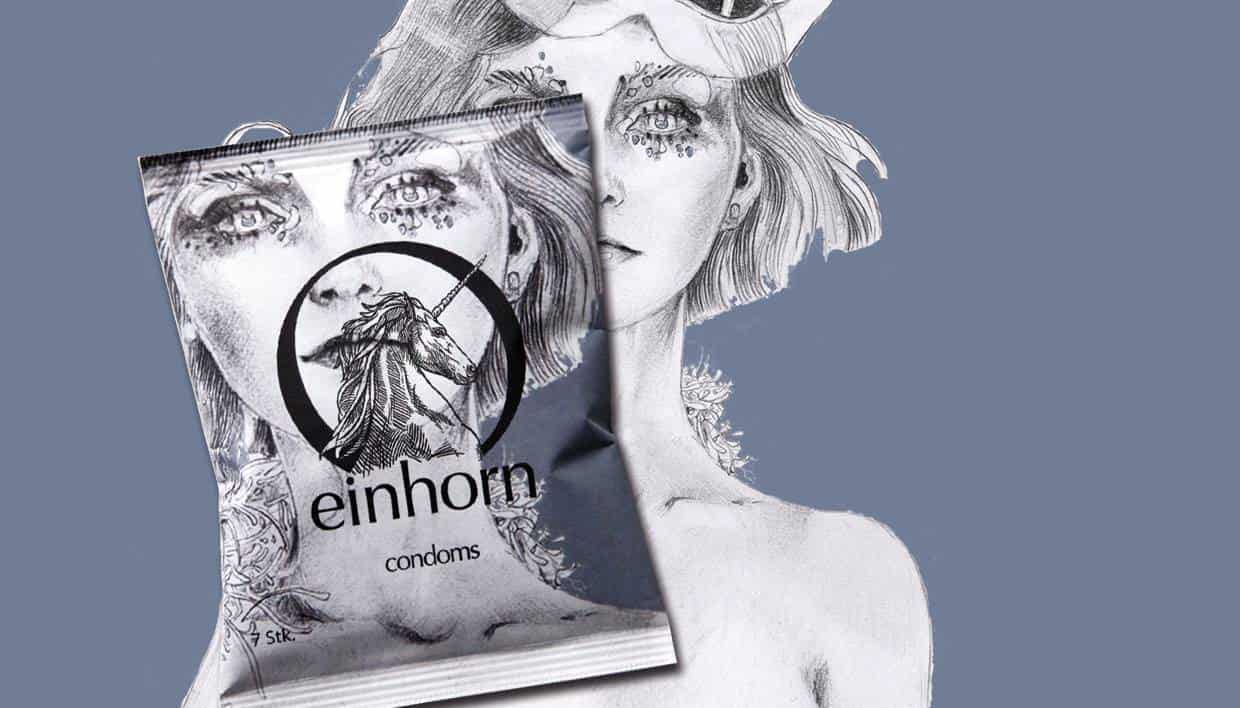 The leading birth control tool in all the Western World, i.e. condoms, have a basic problem: they are made with a highly polluting material. Both before production (extracting its raw material) and after  use (it’s not biodegradable) If we talk about figures, let’s say that every year about 15 billion condoms are sold and they can’t be recycled. There has been much chatter about a next generation of eco condoms, but while we are waiting for the big companies to take that step, we are going to look at Einhorn. This German company makes sustainable condoms. They check their whole supply chain to make sure that everything needed to make a unicorn (that’s how they call condoms) comes from sustainable resources, both socially and environmentally. It’s no longer necessary to bring down a forest to enjoy a safe sex session.

One achievement I like to grant to these crazy Germans is how they treat their product. It’s still a taboo in certain communities, either treated as a medical product or a miracle one that will  make you discover unknown passions, but Einhorn just makes it funny. They are carefully designed, with a laid back and sometimes naughty air, their message goes straight to the point and it simplifies every moral restrain their consumers may have. Words are unnecessary beyond this. Take a look at their website, mostly their Einhorn TV vids, they are worth watching.

As I said before, these are only a few examples. Little examples in some cases, but ones that are turning their actions into a starting point to change things. The world is on the move. Europe is on the move.

I'm a millennial guy from the sunny island of Tenerife, Canary Islands (Spain). Over time, I discovered social enterprise and fell in love. I left my former company to create Miltrescientosgramos (1300 grams), Currently, I design projects for enterprises to generate social impact and make a difference. I also created GoodbyeMrBurns, a blog about social innovation, specially from the millennials point of view. My vision? There is no business like the social business. "The best is yet to come!"

This Solar Powered Filtration System Aims To Provide Clean Water To The 2.1 Billion Who Lack It

Solar Energy and the Real Impact of Impact Investing