The Top 5 Impactful Crypto Projects of 2020

How to be a Sustainable Traveller with Rural Odyssey 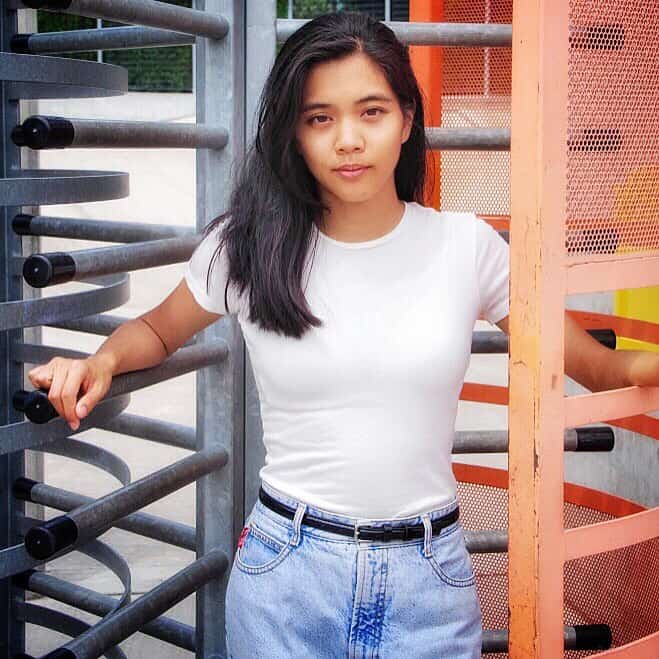 UNIFORM is a clothing line on a mission. All products are ethically made by working mothers in Africa’s first fair-trade factory in Liberia. Each purchase provides a school uniform to a child who could otherwise not attend school. UNIFORM puts an innovative twist on the traditional ‘one-for-one’ model. The “remix” means that we employ women from Liberia to make tees for you and school uniforms for children in their community.

Liberia has one of the of the lowest primary education enrollment rates in Africa; 6 out of 10 children of primary school-age are out of school. The cost of uniforms is a huge obstacle for Liberian families, especially given that 50% of working adults lost their jobs during the Ebola crisis.

Alongside the United Nations and Liberia’s Ministry of Education, UNIFORMS goal is to send 50,000 kids to school within a year. The belief is that the path to sustainable development is about giving people the resources required to succeed.

I had the pleasure of chatting with Chid Liberty, the Founder of UNIFORM below.

Q: Lets first talk about how the UNIFORM idea was initiated. Was is something you always wanted to do and just waiting for the right time or was it some random events that led to the grand idea of UNIFORM and the brand mission?

We launched UNIFORM after Ebola hit in 2014 and forced the Liberty & Justice (L&J) factory in Liberia to shut down operations. Before that, we had been manufacturing for large apparel companies, but none of these corporate buyers wanted to return to doing business in West Africa after Ebola. Customers that were putting in monthly $500K orders stopped returning our calls. People who were bullish about producing fair trade apparel in Liberia two years ago are simply uninterested in making the required visits to Liberia to put their programs together.

Without external demand from these third-party companies, launching an original brand was a necessary move. And as the Liberian mothers working at the factory were left jobless, their children could not go to school since all schools were closed for eight months. Sitting around during this nationwide standstill didn’t seem like an option to me. Launching UNIFORM was really the only way to get our 300 workers back to full-time work and keep our business alive. I came up with the idea of UNIFORM because launching this original clothing brand restarts factory production in a way that gets women back to work and children back to school. So launching UNIFORM really was a necessary step for our business to survive, but it also pushed us to revitalize the existing business model to have an incredible impact.

All UNIFORM products, including the donated school uniforms, are made at our factory in Liberia, which is the first Fair Trade Certified apparel manufacturing company in Africa. Being a fair-trade factory means that we meet certain standards of ethical production. These include standards of fair pricing, labor conditions, environmental sustainability, and overall business development.

Q: How did the Africa’s first fair trade factory come to be? Was that a long process to get that title and certification, because that is a pretty big deal?

In late 2009 I went back to Liberia for the first time in 28 years. I was really interested the women’s peace movement that later was recognized with the Nobel Prize in 2011. I was a bit fanatical about what they’d achieved through peaceful protest and was wondering if we could harness some of that energy to help Liberia rebuild economically now that we could enjoy peace.

In meeting with many of the grassroots women’s organizations it became clear that there was an common thread between all of them. Each had some sort of sewing or tailoring program and all of the participants needed jobs. So we started thinking through what it might look like to start a factory. I think the common thinking at the time was that we should just set them each up with their own micro-enterprise, because micro-finance was really hot. But everyone that we talked to wanted to give up on the idea of being a tailor and join a factory that would provide steady income. Of course, the garment industry is known for disastrous labor and environmental practices, so we wanted to set up a new kind of factory.

We knew the factory could be a force for good that could strengthen our community, provide more access to health and education — but we would need to be proactive in setting things up this way from the start. So we decided to aspire to Fair Trade USA’s standard — which no factory in Africa had ever achieved. In fact, we exceeded their standard in many ways because we gave half the factory’s equity (49%) to the workers in the factory. It was tough for any young business to run at that standard. We had to meet over 90 standards that most small businesses in America probably don’t meet.

Q: It is very important to have local support. How does UNIFORM, The United Nations, and Liberia’s Ministry of Education work together?

The partnership with the United Nations came about organically when they were looking for partners to help rebuild and launch a school that had been shut down during the height of the Ebola outbreak. We offered to partner with them in order to provide the uniforms for the kids, many of whom had suffered, in one way or another, because of the outbreak. From there we started thinking through what it might look like to provide uniforms to kids throughout Liberia and started a partnership with the Minister of Education. And of course, we partner with schools directly, on a grass roots level. We think local partnership are the key to success. There’s no need to put kids in failing schools. We want to put them in great schools where they’ll be safe and get to learn. So that’s why the strength of our local partners in critical.

Q: You have mentioned that school uniforms are essential to learning and motivation. I thought this was very interesting can you explain more about the philosophy behind school uniforms in the developing world?

Throughout sub-Saharan Africa, uniforms are mandatory for all children, even at public schools that have eliminated school fees. Because a uniform costs around $10 USD, school uniforms are one of the main financial barriers to children’s access to education. According to research and studies by the Poverty Research Lab in partnership with ICS Africa, providing children with school uniforms increased attendance by 62 percent, raised test scores, and reduced the likelihood of teen pregnancy by keeping girls in school.

Q: As UNIFORM grows, how do you see it growing beyond Africa? Is your hope to expand to other countries with the same mission and structure in place?

The vision for UNIFORM is to be a worldwide clothing brand. The shirts are now available for international sale through Kickstarter, and we are working on our e-commerce site so that people around the world will continue to be able to buy our products. I strongly believe people will naturally be attracted to the style, comfort, and accessibility of UNIFORM clothing alone. So the ethical production process behind the products will be an added point of attraction for worldwide customers.

The Incredible True Story: From the Slums of Uganda to Innovative Tech CEO