That Willy Wonka (RIP Gene Wilder) was many things: an innovative confectionary maverick, whimsical candy dandy, and you could say, a childhood obesity opportunist. If he was a real-life choc baron, I’m sure Jamie Oliver would have a few strong words against his kaleidoscopic, kid-fattening operation. For all his flaws, at least he was ahead of the curve when it came to edible packaging (remember the edible tea cups? If you can’t, see below).

From Willy Wonka to the eco-designer wonks of now, the prospect of edible packaging has ascended the great glass elevator of Dahl’s imagination and is taking shape in the real world – and it’s about time too!

Plastic waste is a colossal problem and food packaging is one of the largest contributors. There are 5 trillion pieces of plastic floating in the world’s oceans – enough to circulate the Earth’s equator 425 times.

It was also recently revealed that plastic waste dumped into the seas around the UK, could be carried to the Arctic within two years, putting wildlife and fish under severe threat. It’s not just the plastic in the sea. Mountains of plastic are being sent to landfill.

Can “biodegredible” – biodegradable and edible packaging – curb our plastic wasting ways? Check out these innovations hoping to do so.

Cups you can chew

Chants of “down it, down it!” at boozy house parties will soon be replaced with “down it, eat it!” if US startup, Loliware have their way. After being irked by the disposable packaging generated at parties and events, product designers, Chelsea Briganti and Leigh Ann Tucker, got into the lab and launched a “biodegr(edible)” cup. It’s made from agar – a seaweed-based gel and comes in a variety of flavours (pink grapefruit, cherry, vanilla) and colours.

Spoons you can swallow

Every year, 40 billion plastic utensils are used in the US alone.

Attempting to curb these cutlery cast-offs, Indian company Bakeys have developed an edible, plant-based solution. The vegan-friendly spoons are made from rice, wheat and sorghum, an ancient grain originally from Africa. Sorghum was selected as the main ingredient for its robust quality (it doesn’t go soggy in liquids) and because it is suitable for cultivation in semi-arid areas.

A US craft beer company has created packaging that feeds marine life rather than throttling it. Saltwater Brewery’s biodegradable, edible beer pack rings are made from wheat and barley waste – natural byproducts of the beer-making process. As well as repurposing waste from the brewing process, they hope to raise awareness of ocean plastic pollution. 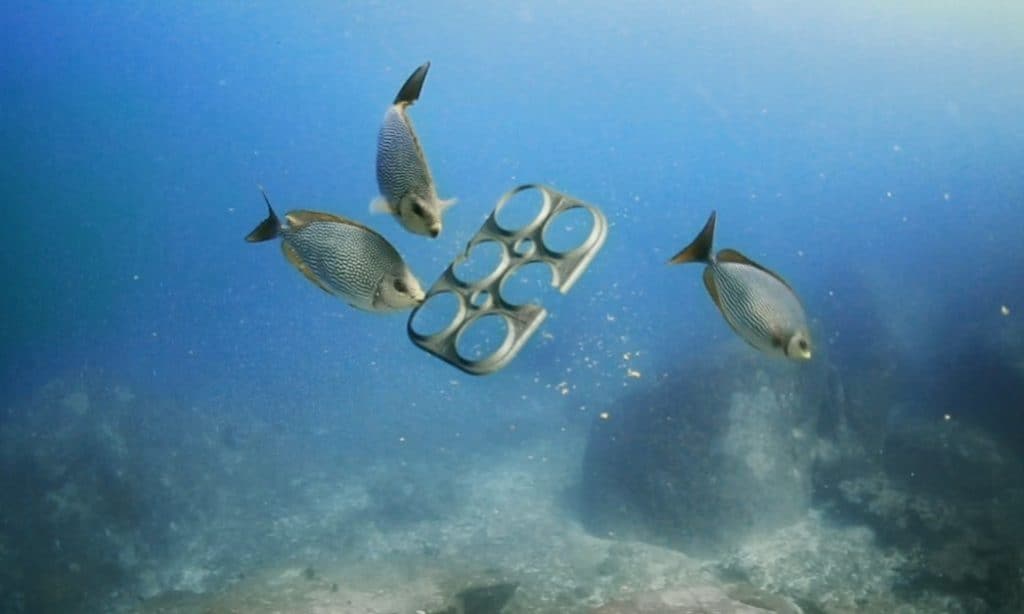 US scientists have discovered that a milk protein called casein, can be used to develop biodegradable and edible packaging film, similar to cling film. What’s more, they think the new wrapping solution is 500 times better than plastics at keeping oxygen away from food and preventing spoilage. However, this is a contentious matter. Even though this development will prevent non-biodegradable cling film being sent to landfill, many are raising questions regarding the expansion of dairy farming to accommodate the creation of the product, as well as concerns involving allergies and dietary restrictions. What are your thoughts?

It seems that fast food outlet KFC are dabbling a fair bit in the edible packaging realm. Last year, UK branches unveiled the ‘Scoff-ee Cup’ – a cup made from biscuit, wrapped in sugar paper and then lined with a layer of heat-resistant white chocolate to keep the coffee hot and the cup crispy. In India, KFC Rice Bowlz made from tortilla rather than plastic, are proving to be hugely popular with diners. 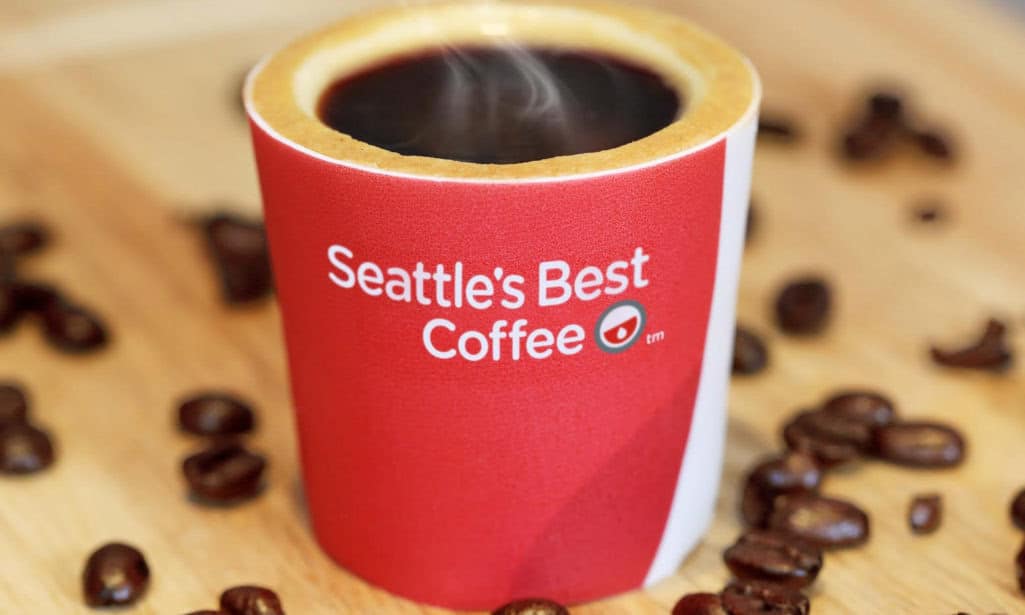 Leading the charge in all things edible packaging is Harvard bioengineer, David Edwards. Back in 2012, he launched WikiCells, an edible packaging technology which is being used on everything from yogurt to coffee and even alcoholic drinks. WikiCells imitate natural packaging by enclosing food and liquid in an edible membrane. The membrane, which is a bit like a hard egg shell, is comprised of a charged polymer and food particles, and can be filled with a variety of flavours, including orange juice, wine or chocolate. WikiCells have also recently used their pioneering edible membrane on Stonyfield’s Frozen Yogurt Pearls 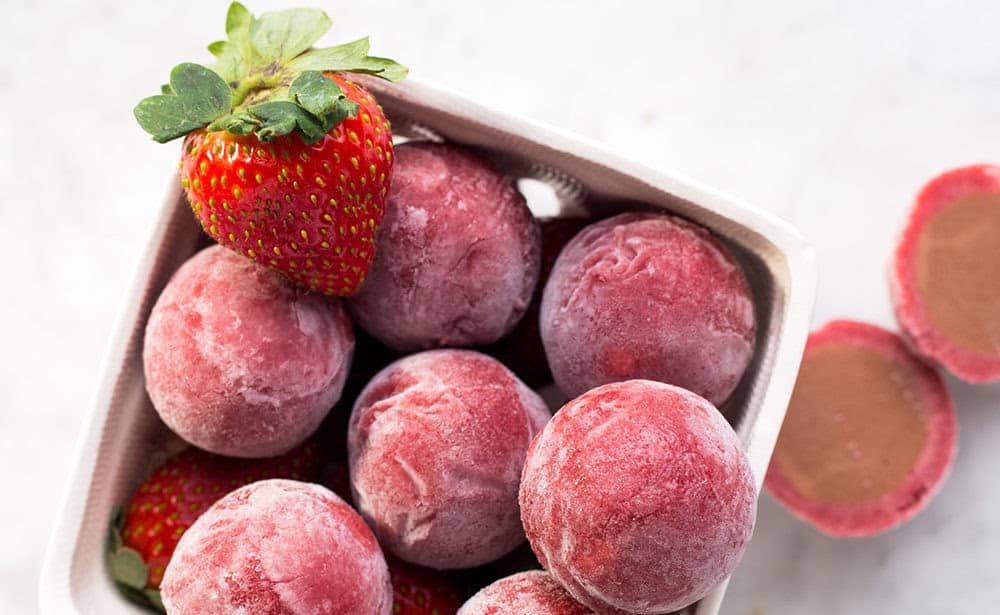 Water you can eat

We all know that plastic bottles are a scourge on the environment. In America alone, 38 billion bottles are thrown away, failing to be recycled. London-based Skipping Rocks Lab have invented Ooho, a new spherical form of packaging that enables people to stay hydrated, guilt-free. Slightly reminiscent of a silicone implant, Ooho is squidgy like orb made of biodegradable seaweed and calcium chloride. Simply burst the membrane and guzzle away.

We’ll raise our cup to these plastic-eschewing innovations (and eat it after, of course!) What are your thoughts on ‘edible packaging’? Do you think it has the capacity to replace plastic? Have we missed any? We’d love to hear your thoughts.

To learn more about ethical food options check out OLIO – The Food Sharing Revolution is a free app that connects neighbours with each other and with local businesses so that food can be shared, not thrown away. If you love food, hate waste, care about the environment or want to connect with your community, then OLIO is for you.