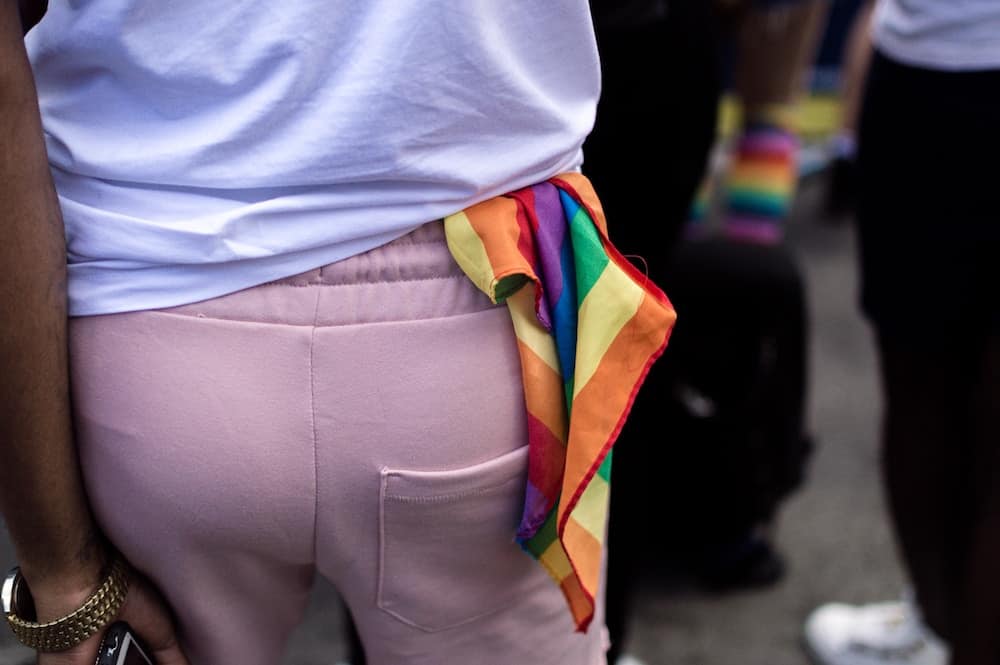 Photo by Charlotte Butcher on Unsplash

LGBTI activists and pro bono lawyers teamed up to open the first safe house for LGBTI refugees in the UK.

Homosexuality is illegal in 78 countries. It is a crime punishable with the death penalty in eight of these, including Bangladesh, Pakistan, Nigeria and Zimbabwe.

However, the magnitude of violence, torture and persecution faced by LGBTI communities extends way beyond these numbers.

Sara, a lesbian refugee from Uganda, had to drop out from school, and was beaten and mocked by her family and community when her sexuality was revealed. She was ultimately forced to marry a much older man to cover up her sexual orientation despite being a minor – a child in a forced ‘marriage’ in which she endured assault and “corrective” rape.

Every year, about 2000 LGBTI people seek refugee status in the UK. LGBTI communities, women in particular, are often bullied by their own families and peers, and don’t escape discrimination even after crossing borders and reaching refugee camps. Even if asylum seekers are granted a refugee status, they are regularly subjected to continued physical and verbal abuse in their shared accommodation by fellow refugees.

Tammy, a lesbian refugee from Jamaica was raped as a child by the people she trusted most and was abandoned by the religious institutions which should have protected her. Her ordeal didn’t end after coming to the UK.

While waiting for her asylum claim to be processed, Tammy was moved from one shared accommodation to another, and the harassment didn’t stop.  Two days after moving in to one of the numerous temporary houses to which she was assigned, she witnessed the rape of her neighbour, which caused her to fall back into the same vicious cycle of trauma and anxiety. Scared to leave her room, she was regularly bullied by her fellow housemates.

Despite living in the UK for the past 18 years, she still struggles to overcome self-esteem issues. She has been commissioned to put together a play for the Young Vic, one of London’s leading theatres, yet still worries that her achievements are nothing but the result of pity for her refugee status.

The issue is a real Catch-22: LGBTI refugees fear the consequences of returning to their country of origin, but are also unable to integrate in their host country, making them more vulnerable to poverty, destitution and sex trafficking.

Witnessing so many live through the same nightmares as Tammy is what propelled Micro Rainbow International, an LGBTI rights social enterprise, to create a safe house operated exclusively for LGBTI refugees and asylum-seekers. The temporary accommodation will support Micro Rainbow International’s existing social inclusion activities targeted at the rehabilitation and integration of LGBTI refugees, including peer support groups, arts, life skills and employability workshops.

A team of eleven lawyers across a variety of practice areas have since dedicated over 210 hours for free to support Micro Rainbow on issues related to the structuring of the social investment, tax matters, property negotiations and planning permits.

On 23 August 2016, the social enterprise received confirmation from HMRC, the UK’ s tax authority, that social investments contributing to funding the safe house would qualify for Social Investment Tax Relief (SITR). Under the tax incentive scheme, investors enjoy a 30% deduction from their income tax liability for the cost of their investment.

“The housing project is innovative for three main reasons. One, it’s the first LGBTI safe house in the UK. Secondly, it’s also scalable and can easily be replicated in other countries”, explains Sebastian Rocca, Founder and CEO of Micro Rainbow International. “And thirdly, it has a created a unique private-third sector partnership which helps grassroots organisations such as ours access financial instruments that would have otherwise not been available to us.”

Micro Rainbow International has since raised enough funding to open five LGBTI houses by the end of this year. The first property is set to open its doors to residents at the end of September, with plans to roll out a similar safe housing concept across the UK and throughout Europe.

“Having access to a safe house like the one envisioned by Micro Rainbow would have made a vast difference to my time as an asylum seeker,” shares Tammy. “The hostel will ensure that LGBTI refugees have a chance at being successful and at reaching their full potential regardless of who they love or their gender identity.”

Original post can be seen here via the Thomson Reuters Foundation

7 Brands Impacting The World Through Helping Alleviate The Refugee Crisis

Shifting the Narrative about Refugees with One Journey Festival