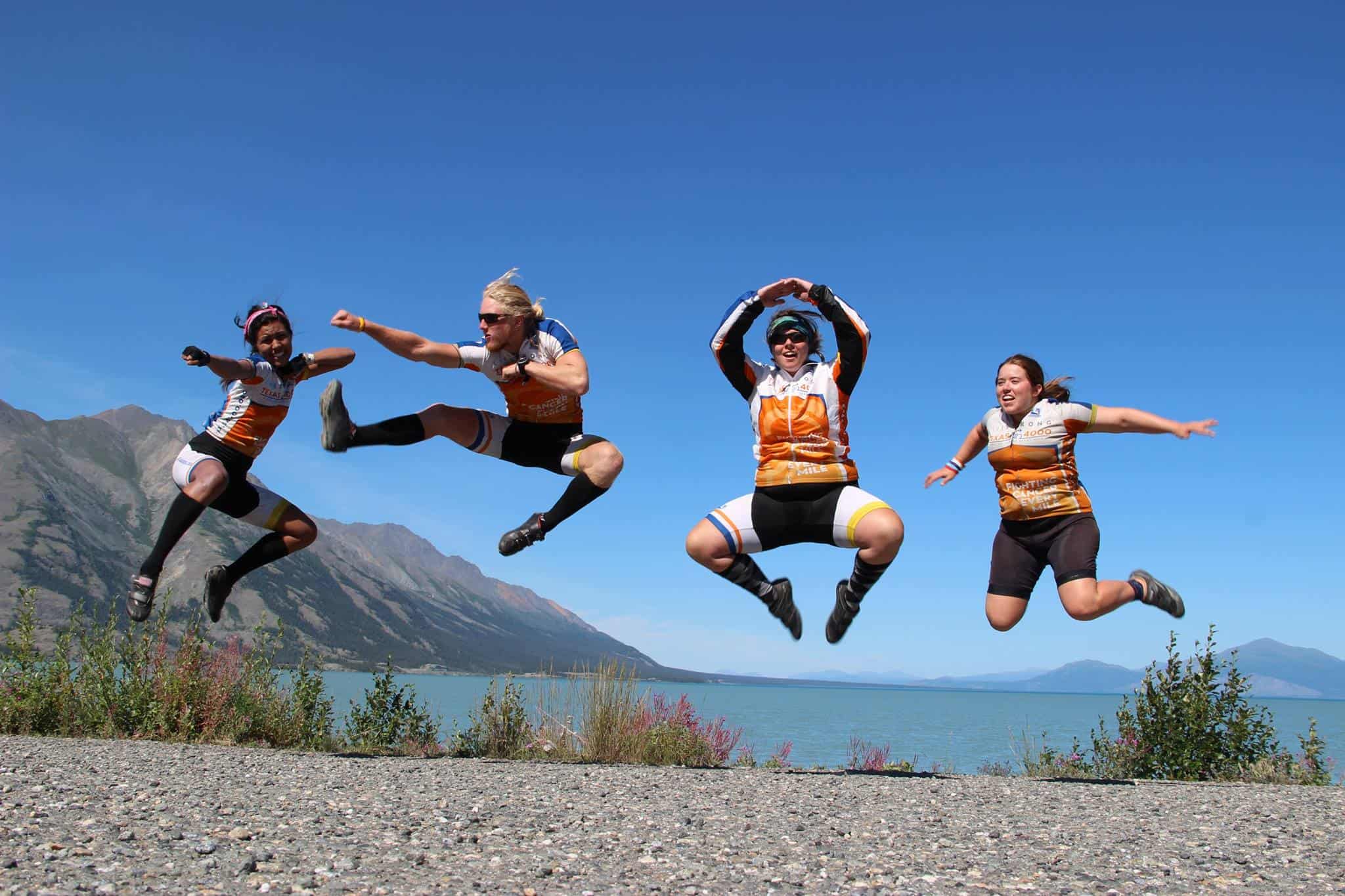 In the heart of Texas, in the bustling city of Austin, there is a nonprofit organization that has boldly and consistently fought cancer for 15 years. Since 2003, Texas 4000 for Cancer’s mission is to cultivate student leaders and engage communities in the fight against cancer. Chris Condit, a Stage III Hodgkin’s Lymphoma survivor, founded the organization while he was a student at The University of Texas at Austin, with hopes of making a difference in the lives of those battling this terrible disease.

“I started Texas 4000 not only to raise money for cancer research, but also to provide hope for those who struggle with the disease by showing them that there is life after cancer,” said Condit.

Year after year, Texas 4000 has done just that – collectively raising more than $8 million for the fight against cancer.

This summer, once again, a team of approximately 69 dedicated students from UT Austin will embark on a more than 4,000-mile bike ride from Austin, Texas, to Anchorage, Alaska. Their journey begins on June 1st before dividing into three routes – Sierras, Rockies and Ozarks – ultimately, reuniting in Canada and riding the final 10 days together to Anchorage. On each of the three routes, the riders will make stops in cities such as Houston, Denver and Chicago to present grants to cancer research and support service organizations.

In addition to participating in the longest annual charity bike ride in the world, the students undergo a competitive selection progress and extensive training program before the ride begins. Becoming a Texas 4000 team member is a major accomplishment. Texas 4000 competitively selects team members annually based on who they believe will become the future leaders of the fight against cancer and will empower the next generation. Those selected partake in an 18-month program requiring each rider to raise $4,500, ride 2,000 training miles with his/her team, and volunteer more than 50 hours in the community. These students usually ride in honor or memory of a friend or family member who has been diagnosed with cancer. A few ride in honor of their own battles with cancer, and many simply ride because they want to see an end to cancer, period.

To date, more than 750 students have completed the ride, logging 4,270,000 combined miles – fighting cancer every mile. A send-off ceremony (Day Zero) takes place June 1st on the UT Austin campus to celebrate the riders on their leadership work and fundraising efforts to date and wish them well as they begin their epic journey to Alaska.

Check here to see if they will be riding through a city near you! The public is encouraged to cheer the riders as they bike through town or attend several public events. Come see the future generation take on cancer.

Here is a highlight of cities and dates this summer:

15 Reasons Why Travel Changes Everything

Amy is a senior at the University of Texas at Austin who is graduating with a B.S. in Public Relations. She is currently interning at Breakaway Public Relations in Austin and is planning on pursuing a career in PR and advertising in the future. She has a special connection with Texas 4000 as her best friend is riding this year. Amy has a passion for writing nonprofit and lifestyle pieces. When not working in PR, Amy loves traveling, live music, and all things food.

Meet FreeWill, the Social Enterprise Aiming to Channel $1 Trillion Towards Charity Over the Next Decade

(Video) What Happens When You Ask People To Be Robin Hood And Change A Life?