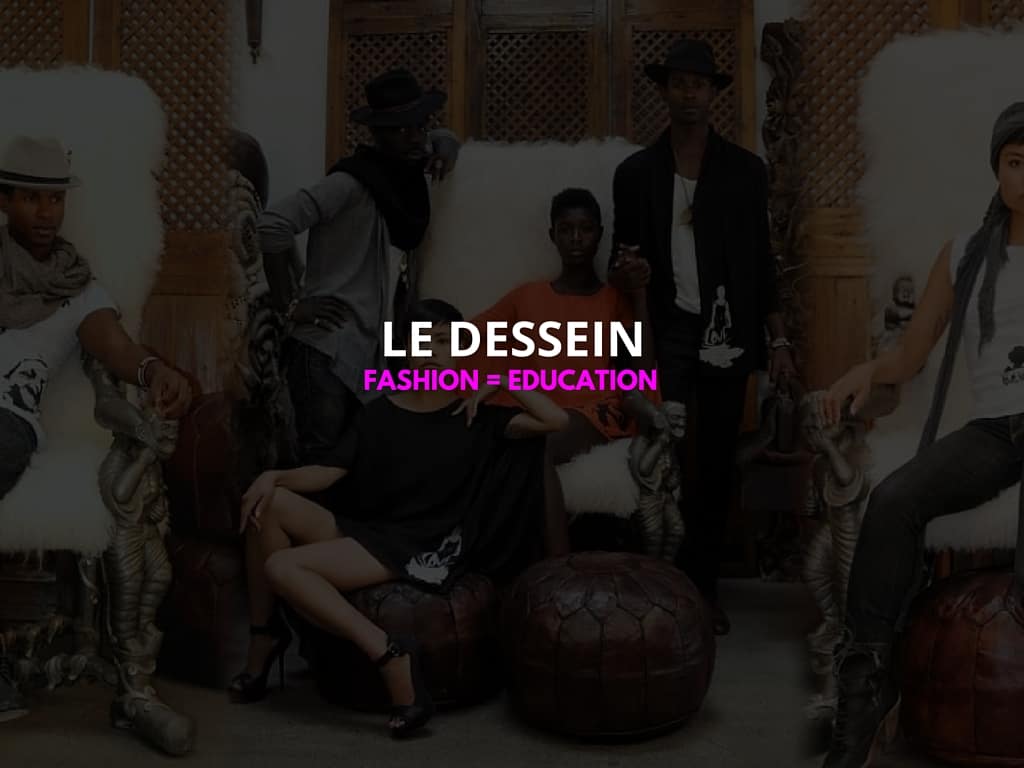 There are currently 65 million girls out of school worldwide. Through the creation of eco-friendly fashion, Le Dessein is decided to addressing this important issue. The process starts with getting young girls to develop art and sketches which Le Dessein then features on their fashion. Le Dessein then contribute 25% of the proceeds to fund yearly school tuition for girls in Liberia.  The brand has developed a great partnership with The More Than Me Academy, who’s mission is to make sure education and opportunity, not exploitation and poverty, define the lives of the most vulnerable girls from the West Point Slum of Liberia. Through this eco clothing movement, they want to empower as many as young girls as possible by making sustainable clothing and eco friendly clothing brands the main alternative shopping route.

Below is a Q&A with Eric Coly, founder of Le Dessein.

Q: Talk about the genesis of Le Dessein. Normally, many social enterprises are born from travel and seeing particular situations that can be changed, but you have a different story genesis story.

That is indeed the case. I, on the other hand was born in Senegal (West Africa) and moved to the U.S. to go to college. I am a product of the very reason behind the cause I am pursuing – Education for underprivileged girls. I was fortunate to come from a very small percentage of the educated women population from my country. My grandmother had the opportunity to go college in the early 1920’s. My mother, the last of her nine children studied in France. And my sisters in turn now both have advanced degrees from Paris and London. The recognizable pattern here is the direct impact a woman can have in a society and the creation of legacies.

The unorthodox world I was raised in made me fully appreciate the benefits of women’s education – and conversely, the ramifications of its absence.

I spent my entire career in Finance in the U.S. attempting to live up to an image partly created by my background, as well as myself – a person whose definition of success was in its most traditional form: academic, financial, ego and status based – the quest for ultimate comfort. It’s not until I ran into a few challenges partly caused by bouts of depression in the midst of almost a decade spent between Merrill Lynch and Morgan Stanley, that I was able to paradoxically develop a clearer vision I felt my future would entail. It would unequivocally have to do with something I had a true connection with.

Fashion is something that I had always been interested in. I was first exposed to it back in my early teens when my mother would request my assistance with helping her get dressed for soirees and galas. But immigrants do not move to the US to major in Art or Fashion, hence my focus and career in Finance! It is not until I mustered the courage to ask and grant myself the permission to look beyond it, that Fashion became a serious alternative. But I was convinced that it alone would not suffice, so I thought to pair Fashion with something that quintessentially defined me, and that was the influence that women had in my life through their own relationship with education. As a result, the mission of our company, Le Dessein is to use Fashion a tool to educate underprivileged girls. 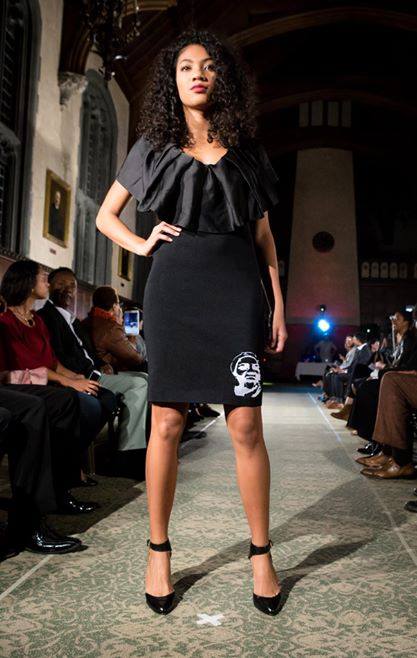 Q: When someone asks what is Le Dessein, how do you explain it to them?

When I am asked about Le Dessein, I describe it in part as a socially responsible fashion line aimed at educating underprivileged girls trough art. Our process involves girls drawing some artwork that is elegantly featured on our fashion. Once sold, a portion of the sales’ proceeds is used to contribute to their yearly school tuition.

While the core aspect of our brand satisfies the much needed educational burden we are attempting to address, there is an equally important element to it I feel has greater ramifications. And that is the mental and emotional shift occurring when the girls see the final products being worn by a consumer. It is created through a notion of OWNERSHIP, which I believe is fundamental in elevating self-esteem and empowerment. That visualization and the impact it has, go at the heart of dispelling the false value assigned on those girls by a strongly patriarchal society – and instead starts to slowing plant the seeds of independence.

Education in Liberia, much like in many other parts of the Developing World can be a challenge.

Liberia went through a long drawn out war that drained it of important resources. Our goal is to put 10,000 girls in school over the next ten years, not just in Liberia, but the rest of the World. We have plans to have a global footprint and work with girls in the rest of Africa, Asia and Latin America. The World Bank and The U.N estimate that “there are 65 million girls out of school worldwide.” Further, “40,000 underage girls are given into forced marriage every day.” These are just some of the unfortunate statistics among a slew of others. Our mission is to hopefully restore dignity in those girls thru education. 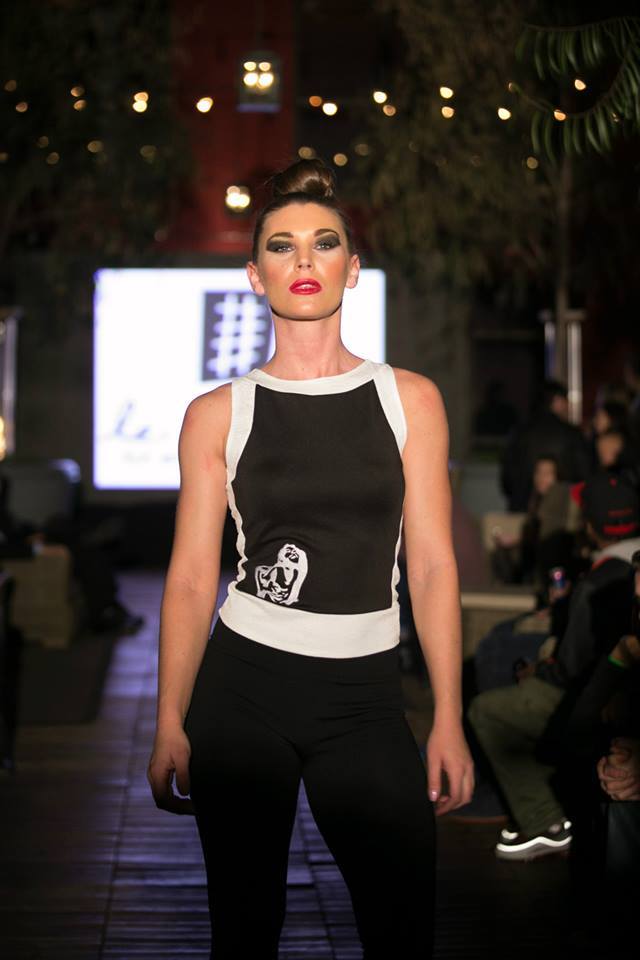 Q: Where are the clothes made and what type of materials/fabrics are usually used to create the designs?

Some of the clothes are made here in Los Angeles and some overseas. Silk, cotton, and wool are some of the fabrics we use.

There has been an abundant growth of socially responsible fashion lines over the last five to ten years and signs that this market is growing. The only differentiating factor in the future will be the quality of the product – its conscious and ethical aspect will be secondary factors. Hence, we are very focused on design, manufacturing and quality.

Q: How were you introduced to social enterprise and what are some other socially responsible companies that really inspire you to take on your venture?

A friend of mine about 5 years ago had asked me to help him with a fashion line back when I was in finance. His company employed women in Ghana who were empowered through making clothes and the creation of a local economy. That immediately planted the seeds in my head. The rest was history.

The companies that inspire me in our space are obviously TOMS and another one is Everlane. Through its success, TOMS has not only elevated the visibility of the socially responsible industry, but helped create a great appetite for it – further giving credibility to its favorable future prospects. 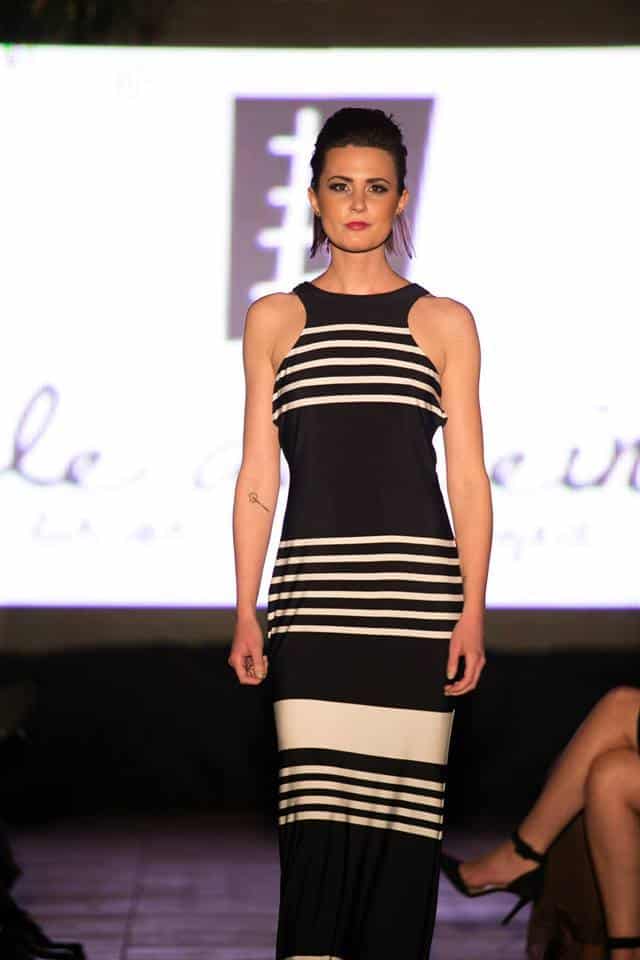 Q: When someone asks you what social enterprise is or what is a socially responsible company how do you explain it to them?

To me a socially responsible company is one that aspires to address an issue that affects humanity, animals, and the environment – simply ameliorating the conditions of life in the world. It is one whose main goal is not necessarily just financial, but the pursuit of the very cause it has endeavored to address. Through a process a double or triple bottom line reasoning, the company finds a way to ascertain that the cause it is fighting for, is valued as much as its other major vital components in order for it to function properly.