40 Social Entrepreneurs to Watch for in 2021 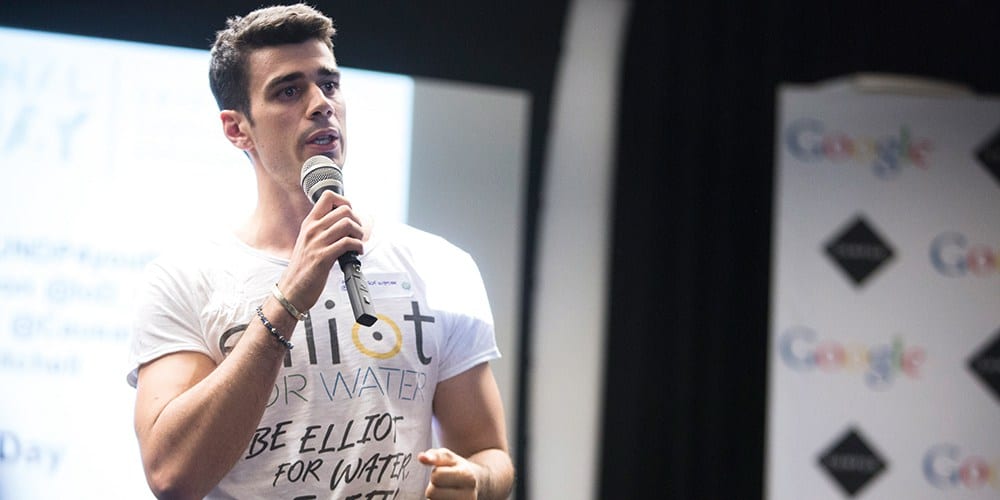 Disruptors for GOOD explores social entrepreneurs around the world who have dedicated their lives to ethical fashion, impact investing, sustainable travel, and businesses that impact the world in a positive way.

From the title of this article you may think that I’m one of those Gary Vaynerchuck wannabes trying to sell people how cool they are and how hard they work, but trust me, that’s not the case. In fact, I’m probably one of the laziest person you’ll ever meet, and for me to state that I like being out of my comfort zone, it really means that something different is going on.

Clarified that this is not a motivational post, what I’m going to do is simply tell you a short story, my story, and what happened in the last 6 months that led me from living an easy life, to moving to another country, managing two full-time jobs simultaneously, launching a crowdfunding campaign and busting myself up in the gym.

Everything started last September, when I was living in Milan and had one task only: working on my company Elliot For Water. Elliotforwater.com is a search engine that works just like Google, the difference is, it creates safe drinking water every time you use it; 60% of the profit that we make, in fact, goes to financing safe water projects in developing countries.

At the time, the search engine was not working as well as I wanted and, due to  lack of funds, I was basically working on it alone. A bit disappointed, and with my inner laziness taking over, all I was doing was waiting. Waiting for what, I still don’t know, but I kept on waiting, and waiting, and waiting again, until a small little thought entered my mind: “What if I can’t make this work? What if I quit today? How will I wake up tomorrow? Will I feel good knowing that I did my very best to turn Elliot into a successful business?”.

Hell no, that was the answer. Deep inside, I knew I had only used 20% of my real potential, and I knew that if I’d ever give up without giving it 120%, I would have regret it for the rest of my life. I had to make a decision: change.

From that moment on, everything started rolling on its own; slowly, I admit it, but steadily, relentlessly, just like the water flowing from the river to the sea.

This process led to many adjustments in my life: the most immediate ones have been finding a second job and changing city. As I mentioned before, I was living in Milan at the time, but I was sharing the room with my sister and I felt the need to have my own space, my own life, my own city. Where to go? Well, you know what they say: Paris is always a good idea.

Checked the location out of the list, the plan was simple: move to Paris, find a job to sustain myself, and build a team of superheroes working full-time with me on the search engine.

To make a long story short, I felt like taking another corporate job would have been like cheating on my dreams and so, eventually, I got a job as a Bartender in what I believe is the best bar in Paris: The Place To.

At this point, with a drastically changed life compared to 1 month before, I had one single thought in my mind, “What the hell am I doing?”. Working even until 2 in the night at the bar, changing my biological clock and eating at the most bizarre times of the day, led me to feel always tired, stop working out and lose almost 10kg.

The good thing is, I was still very motivated, and little by little I’ve been able to regain control over my life: I started waking up earlier and earlier, became a Vegetarian in order to have more energies, and got back almost the same time to work on Elliot For Water as I was doing when I had only one job.

On the other hand, there was still something missing, my body. I’ve been working out since years now, and it became a fundamental part of who I am. Feeling weak and out of shape really depresses me but I kept on telling myself that I was no superman, and that I could not possibly do everything at once. I had to leave something behind, and that was my physique.

One day, though, while looking at myself in the mirror, I realized that guy was not me; I looked like the young Arthur from The Sword in the Stone, not the best shape ever, to put it in a few words.

It was in this moment that I realized that I should have hit the Dwayne “The Rock” Johnson’s road.

But what does that actually mean? That’s very simple, if you follow The Rock’s page even half of how I follow him, you will be surely familiar with his crazy day routines: waking up at 4 am, working out, take care of the family and putting the work in to become Hollywood’s most paid actor. 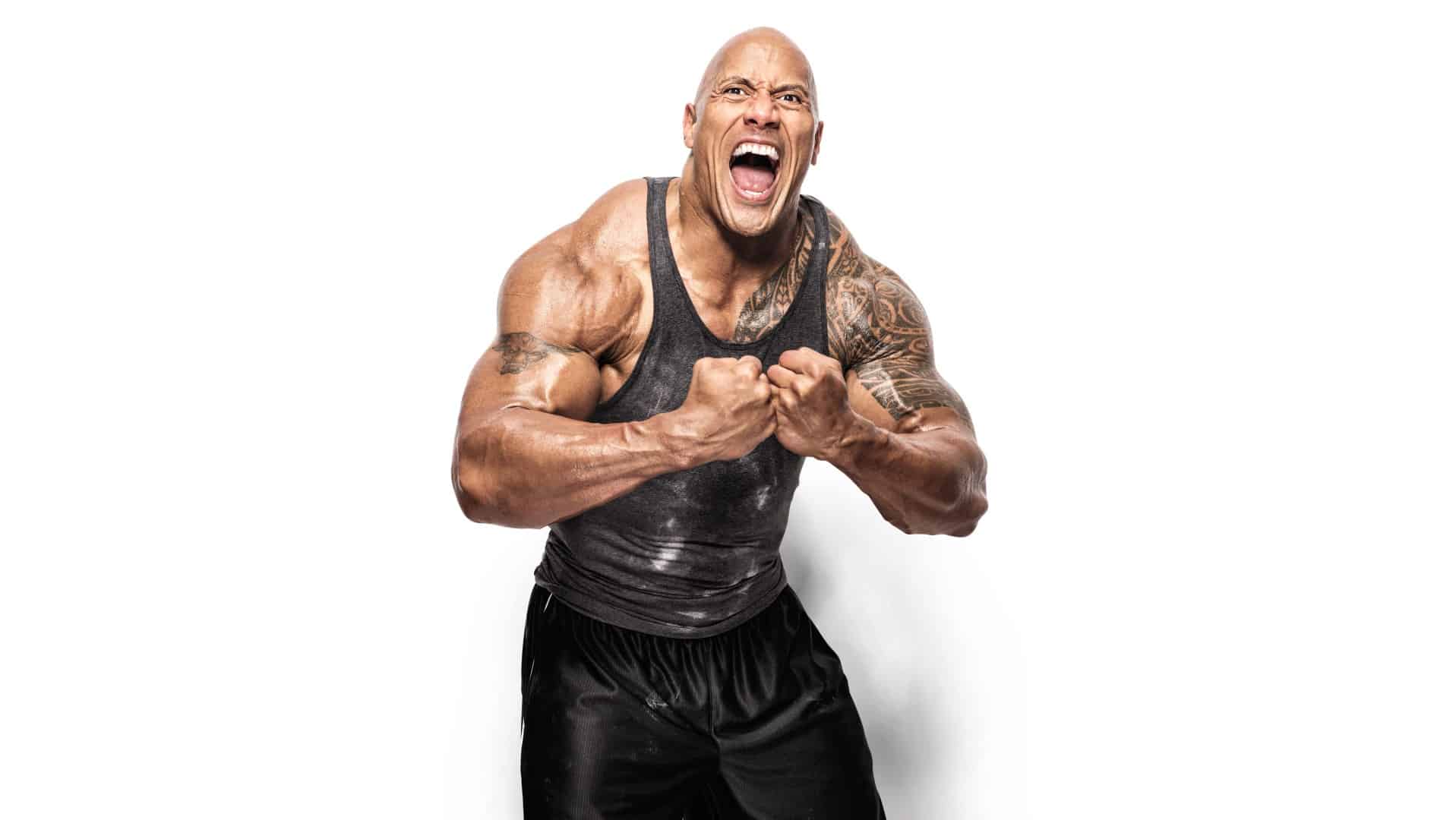 Now, for as many flaws that I may have, and there are a lot, a strong, motivated and powerful mind is not between them; and even though Dwayne Johnson looks out of this world, I see him for what he is: a human being just like everyone else; and if he can achieve all the amazing things he is achieving, and look great while he does them, than I can too.

I put his big bald face on my mobile’s homepage as a reminder, and started to work twice as much, wake up even earlier, work out as first thing in the day, and go back to work until I would collapse on my bed when I arrive home late at night.

Probably for most of you this gym thing may sound stupid or non important, but for me it has been a key factor. Waking up early and hitting my body with a good work-out really gives me that crazy feeling of being able to achieve anything I want; it disciplines me: it makes me want to seek for more and feel comfortable out of my comfort zone. I think I understand now what The Rock means when he says that the Gym anchors his day, because it really does anchor mine.

Soon enough I found myself working hard in both my two full time jobs, hitting the gym, organising a crowdfunding campaign, with no free time for me whatsoever if not half day per week, and with a new and unexpected thought in my soul: “That’s it? Is this all? I almost feel like I want some more, just to make things more fun.”

Don’t get me wrong, though, this is not an easy road. It takes a lot of sacrifices and I honestly can’t wait to stop doing two jobs; all I’m saying is, it can be done.

I believe that this is what The Rock really wants us to understand: as long as we are willing to put the work in, we can achieve anything we want in life. Now, I’ve always believed in this idea, but I was never really backing it up with my actions. It took me a drastic life change and six months of time to really make this concept mine and completely feel it with my bones and soul; but now I’m there, I’m extremely grateful about this whole process and I look forward to sharing it with as many people as possible.

To conclude this story, I guess there’s only one thing left to say: thank you so much Rock, I really appreciate it!

10 Tips From 10 Years of Social Good: The Most Important Things I’ve Learned on My Journey as a Social Entrepreneur

Owner of Elliot For Water: it's just like Google, the difference is, it creates drinking water every time you search! Working on my goals to bring water to 1 million people by 2025. Follow me on elliotsway.com

6 Search Engines That Help You Impact the World