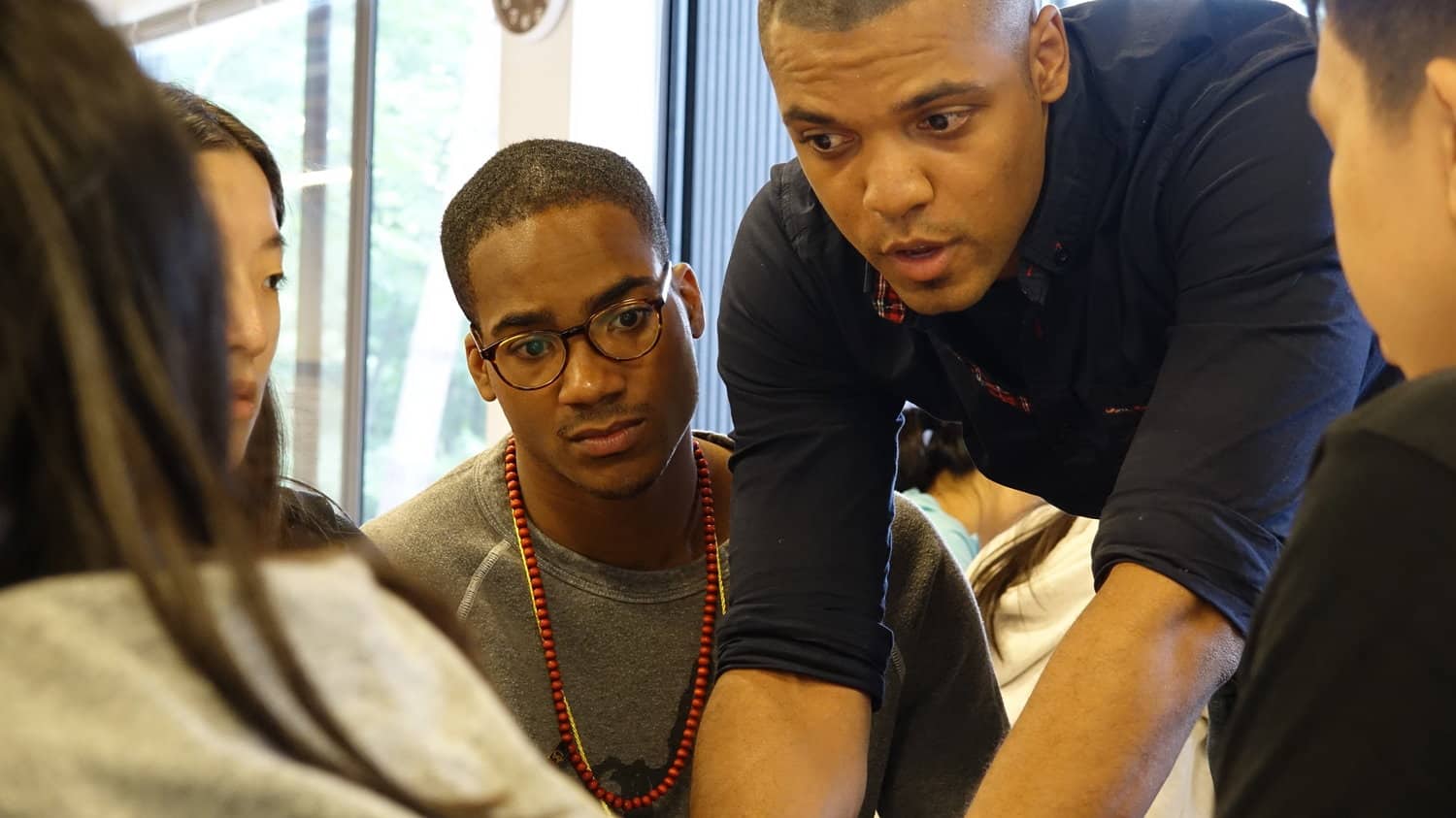 When it comes to solving a problem, one usually looks at the data to see why or how things are happening. But just using data doesn’t tell the whole story, which is why Durell Coleman, founder and CEO of DC Design, a social design firm based in San Francisco, has centered his approach on human-centered design.

Instead of relying on raw data to reform things such as foster care, over crowded prisons or refugee crisis, Durell also employs design thinking to get to the core of an issue. He works with the people directly affected by an issue and brings different communities together to help create solutions. His most recent project digs even deeper into this idea by working with teens to teach them how to apply design thinking and go into the world to use it for themselves.

For Coleman, getting access to tools and skills is of great value, and has been since he was young. At just eight years old, Durell knew he wanted to be an inventor and create his own company based on his inventions. The type of inventor he wanted to be was reimagined when his brother was diagnosed, and eventually died from, cancer. From that moment on, Durell committed himself to creating things that help people and improve their lives for the better.

While studying at Stanford, Durell had access to tools and skills that would allow him to have a greater impact and he realized he could have learned these skills in high school, had he be given a chance. Seeing this gap in education, Durell knew he wanted to create a program aimed at high school students that would teach and empower them to change the world in a positive way.

Centered on improving the life of others, Durell created Design the Future, a week-long program held at Stanford and Berkeley in collaboration with the Stanford Institute of Design and the Jacobs Institute for Design innovation respectively. The program teaches high school students the “how” behind changing the world.

What’s unique about Design the Future is that each student works with a person who lives with a physical disability (also the project partner) and creates a functioning prototype to solve a real-world barrier that person faces. The students walk away from Design the Future with an understanding of how they might tangibly improve the world around them, having just contributed directly to improving the lives of others.

Many of the projects the students have worked on have gone on to be directly implementable and used over the long-term by those they were designed for. For example, students have changed the trajectories of their lives because of the program, with one student commenting, “Personally, the program opened my eyes to what I want to do in my future career endeavors as I had not previously understood what is at the core of Human Centered Design.

Most of the colleges I am applying to currently are on my list due to the fact that they offer programs in Human Centered Design.” With Design the Future, Durell is breaking barriers across difference, in particular between those with disabilities and those without them. He’s teaching young adults to engage with things that are uncomfortable and how to navigate difficult conversations – tools that aren’t taught in your average classroom setting.

Design the Future is also bringing this education to students who normally wouldn’t be able to experience it by offering scholarships and actively recruiting students from underrepresented racial backgrounds, students of different ability levels, mixed socioeconomic levels, and girls interested in STEM. In fact, this year’s Berkeley program is comprised of almost 90% girls.

Durell is in the fourth year of Design the Future and this year 85 high school students will produce 17 different products that impact the lives of 17 different individuals with physical disabilities. Knowing the impact he has had in just four years, Durell is continuing to expand access to Design the Future, with an online class coming out this fall and the creation of more Design the Future programs  at other universities around the country in the coming years.

Through Design the Future, Durell asks his students to think about the big issues around them that affect people’s quality of life and how they can help solve them. He hopes to inspire young people to use their intellect to change the world and continue impacting people’s lives in a positive way.

MissionU Is Now Accepting Applications For Their January 2018 Program

Kristen is a publicist with a heart for socially-conscious brands. She's worked with many pioneers in the fashion space including companies like The Giving Keys, Sudara, Soko, Sseko Designs and Raven + Lily, to foundations like UNICEF, OMAZE and many more. She's inspired by thought leaders and social entrepreneurs using business to change the world for the better.