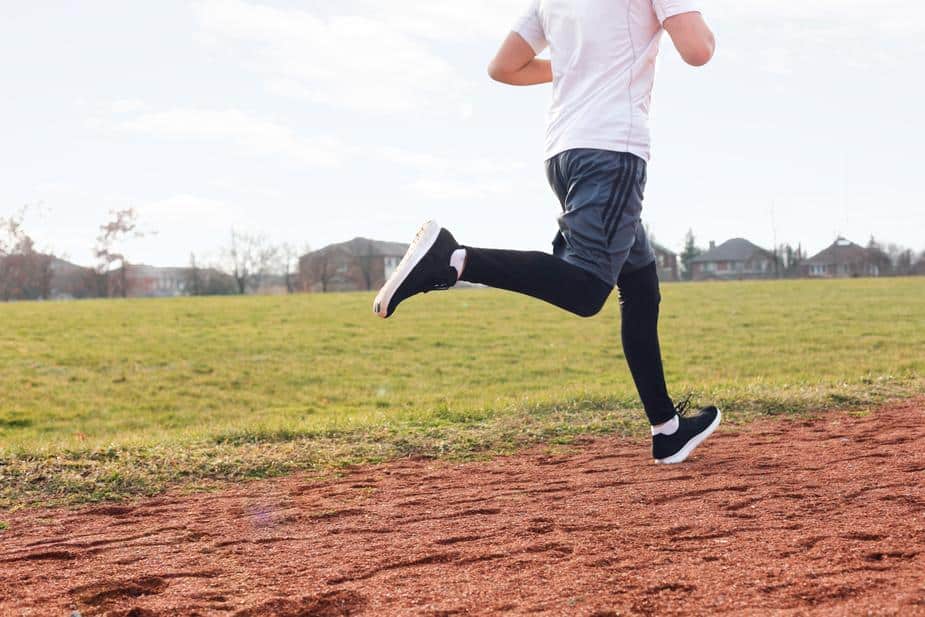 Running – you either love it or hate it. But, for those who can’t live without a run, the thought of missing one is almost unbearable. That being said, even the most fervent runners can have bad days. There are days, weeks sometime even months when you just don’t feel like it.

This circles back to that old question – what motivates runners? There must be something they very deeply believe in if they are willing to get out of bed everyday at 6:00 am and go for their run come hell or high water.

Aisha Momaney who started running six years ago says – “Running is special to me because it is a time where I can completely tune out and unplug from what’s going on in the world. The rhythm of my feet on the ground and being alone with the thoughts in my head is therapeutic and a time of the day I look forward to having! When I don’t get to run and I see others running, I get jealous!”

However, most people simply start running in order to get in shape. But what happens when they have achieved their goal? Their motivation can fall to the wayside and there is a good chance they may stop running, resulting in a loop where they simply start over again only to stop later. They need an extra motivation to keep the miles coming.

Running for a purpose such as helping someone in need can be such an additional motivator. Extrinsic motivation can be a better aid to not only help runners stay consistent, but also to have a feeling of being a part of something far bigger. Indeed, anyone who has partaken in a charity walk or run will attest to the almost magical vibe that connects everyone involved.

Running for charity isn’t anything new. Ever since Church World Service held their CROP Hunger Walk in Bismarck, North Dakota 1969, many running and walking events have taken place the world over to help worthwhile causes. Such events are a fantastic way to get people to come together to power change.

Today, mobile apps are taking this idea further and are giving everyone a chance to contribute, irrespective of where they might be located.

How Mobile Apps Can Help You Become a Philanthropist

As mobile phone proliferation has reached unprecedented proportions, the average consumer is spending around 5 hours on their smartphones. There is virtually no service we can think of that doesn’t have a mobile app. Everything from taking notes to setting up appointments and social networking can be done right on your phone. So, why not philanthropy? 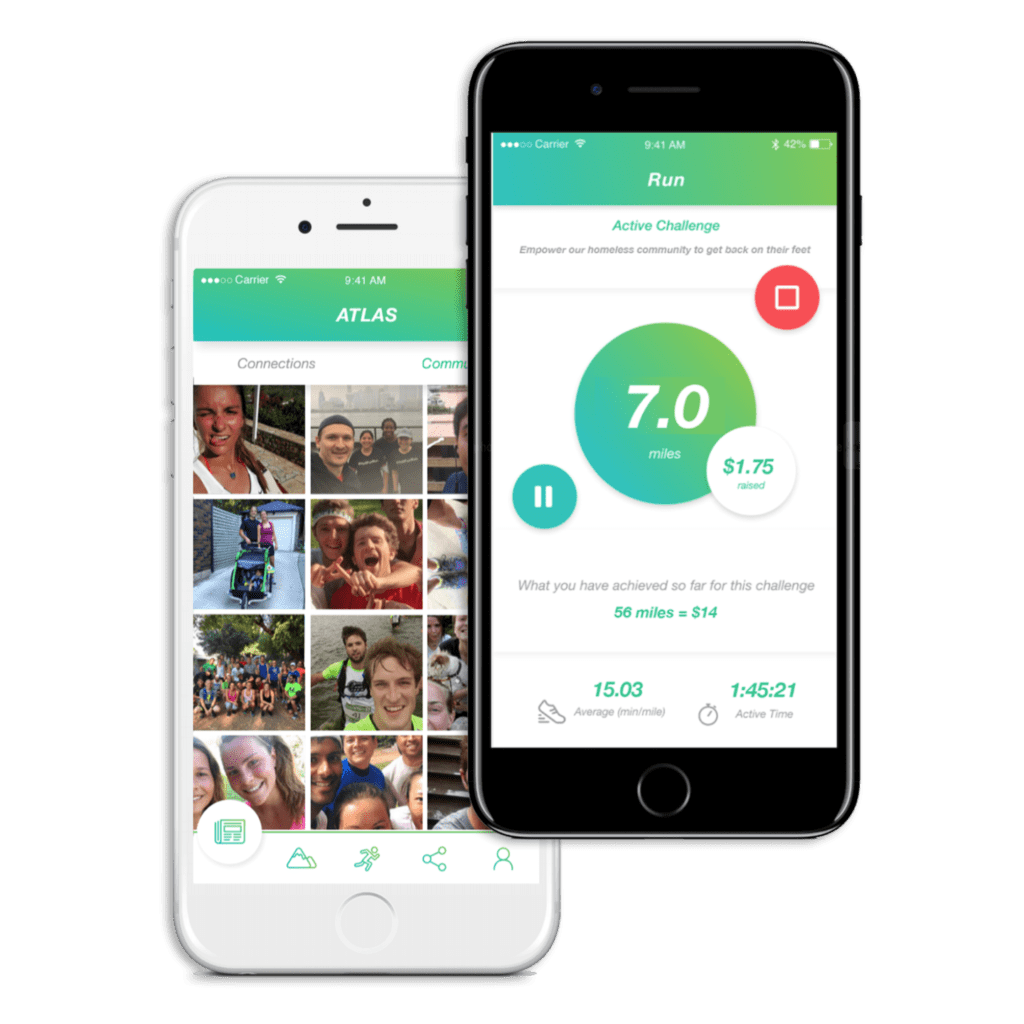 At least this was the idea that drove Thomas Querton, Olivier Kaeser and Magali Mathieu to found Atlas Run. Says Olivier Kaeser, co-founder of Atlas Run “our vision is to raise awareness and engage the community around social issues and the amazing work non profits provide on a daily basis. While raising funds is the foundation of what we do, we don’t believe that a social issue can be solved through monetary contributions only.”

Called the fitness app that gives back, Atlas connects runners, corporations and charities to power change globally. The idea behind the app is pretty simple – The mobile fitness app allows users to raise funds and awareness for a good cause for every mile they track their runs, hikes and bike rides. The miles are sponsored by corporate partners for whom Atlas unique means of community engagement and positive brand awareness.

The app is already getting a lot of traction online and many users are using it to pursue causes they think are worthwhile. Sara Boyles, who started running in 2016 states – “I’ve contributed to multiple different charities through running with Atlas but for my most recent runs, I’ve been running for Big Brothers Big Sisters. I love kids and am happy to be able to give back to the local community of children through running and raising money on their behalf.” 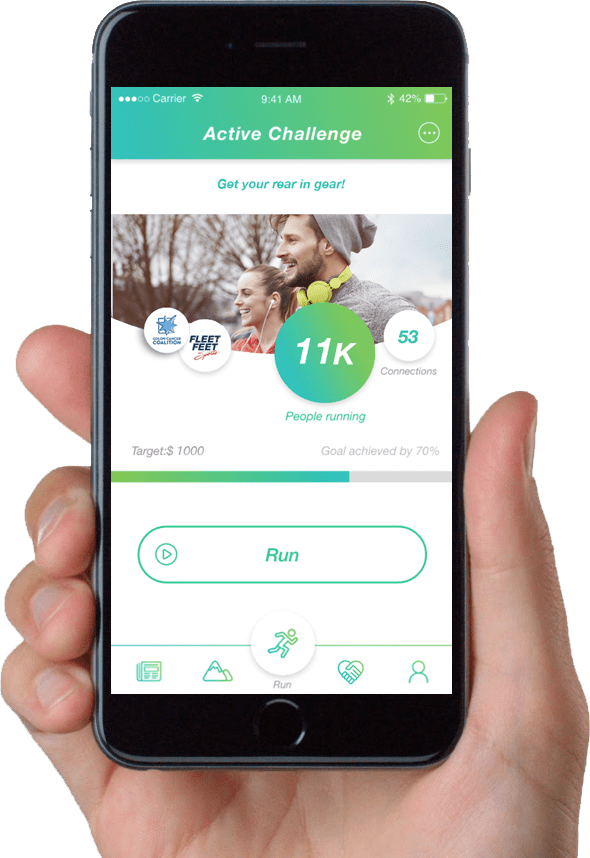 Creating a Community of Like-Minded Runners and Philanthropists

While the usual advantages of crowdfunding philanthropy is its ability to help people and corporations donate to charities and nonprofits, it also allows for a three way exchange of ideas and views. Charities and nonprofits alike can leverage the internet, social media and mobile applications to not only find more donors, but also spread their message and involve more people in the conversation.

Atlas is just one example of an innovative idea that demonstrates crowdfunding and mobile technology offers value beyond typically funding goals, too. The fact that hundreds to thousands of people are now directly involved in a nonprofit’s success means the latter has an opportunity to tell their story to more people and create networks of diverse participants that include individuals, companies as well as the media.

Josh Brown who has been very active in Atlas Run community says – “To date I have run to raise over $700. Currently I am contributing to Outrunning Homelessness. I had been looking for a way to give back. Husband, father of two, working full time, it was becoming ever difficult to find the time to truly give back.

I randomly came across at Atlas and was instantly hooked. It feels good knowing that charities, businesses, and companies like Atlas are able to use my passion for running to make a difference.”

It wasn’t long ago when charity and philanthropy were mainly the pre-occupation of the wealthy. Fundraisings were mostly elaborate affairs attended by page 3 celebrities and well heeled elites.

Even so, crowdsourcing and crowdfunding have opened opportunities that few could have dreamed off. The internet has been called the great equalizer, and the fact that today, anyone with a smartphone can become a philanthropist illustrate this point perfectly.

The trend was also inevitable. In order to bring philanthropy to the masses, it was needed to be as seamless as possible. As people became more comfortable with spending on their mobile phones, entrepreneurs began exploring the philanthropic option. We are only at the first generation of crowdsourced philanthropy and the possibilities this trend presents in its fully realized form are mind boggling to contemplate!

You raise money for a non-profit with every mile/km you track with the Atlas app while you run, walk or hike! Stay fit while raising money for your favorite causes. Choose a challenge, run, share, repeat! Follow and meet people that share your passion for outdoor activities. Now you can share a purpose as well. Download on iOS or Android.