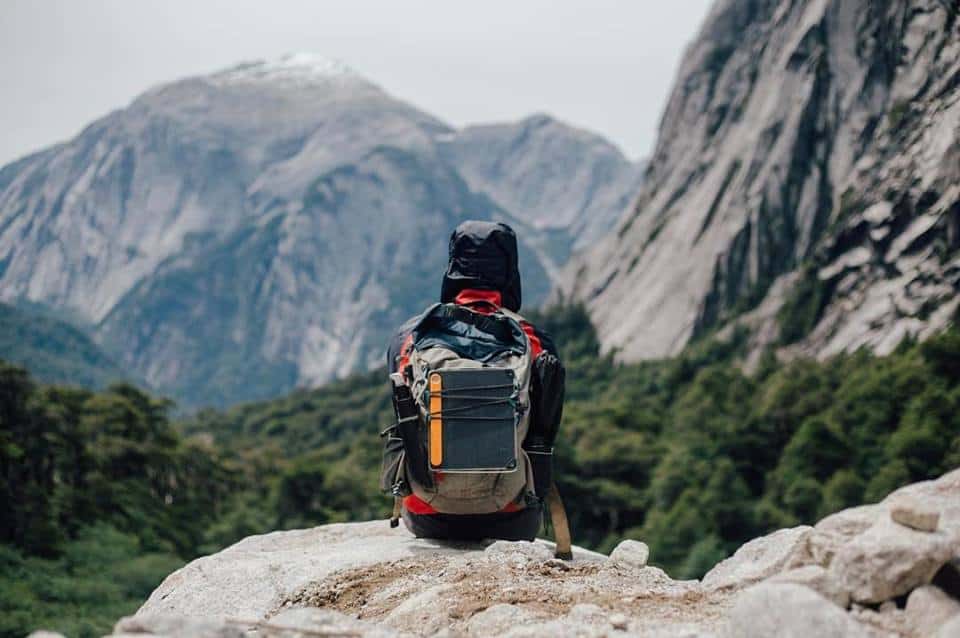 BE Outfitter is a social enterprise outdoor brand created by two brothers after their travels around the world. They recently launched a Kickstarter campaign to help fund their dream of creating an amazing brand and support education around the globe.

BE Outfitter just released the The Tahquitz Pack, named after the birthplace of present day climbing, is built for those who aim to explore. The pack is highly functional and modern in design, versatile, and conforms to your lifestyle. The bag was born by the desire to get outdoors. Built with the highest quality materials and tested in the roughest conditions. BE Outfitter also donates 10% of each sale to childhood education, so that everyone can explore the world with the same sense of wonder.

Support the creation of this bag and social enterprise on Kickstarter.

Below is a Q&A with the Co-founder of BE Outfitter, Rory Rogan

How did traveling inspire you to start BE Outfitter?

After graduating college my family gave me a round-trip ticket to wherever I wanted to go. I chose Africa. I ended up going to Zambia and spending the majority of the trip with a Non Profit that helps to fund education for children. This is where the idea of BE as a company really took place. Africa and it’s people, the culture, and the history invoke this intangible feeling when you step foot there. Its extraordinary and beautiful.

Since then we have traveled around the world. While we were in the prototyping process we traveled to New Zealand. We drove around the two islands for nearly a month. Surfing, Climbing, and endless treks. We took our first real prototype there to test it in the different environments. It’s probably where we realized why we were making the products we were.
As alluring as international travel can be much of the time the best adventures can be found right out your back door. A friend of mine from college was raised here in California. He took me on a road trip to Big Sur after college. That road trip single handedly convinced me to make the move to the California. The outdoors is a special place to us. Camping under star-streaked skies and sharing laughs around a campfire brings about a feeling so simple and pure that we can only begin to describe it as reverence. We’re driven back out time and time again by this feeling, and we know we aren’t alone in this mindset that’s why Be exists. To build quality goods for the curious crowd. 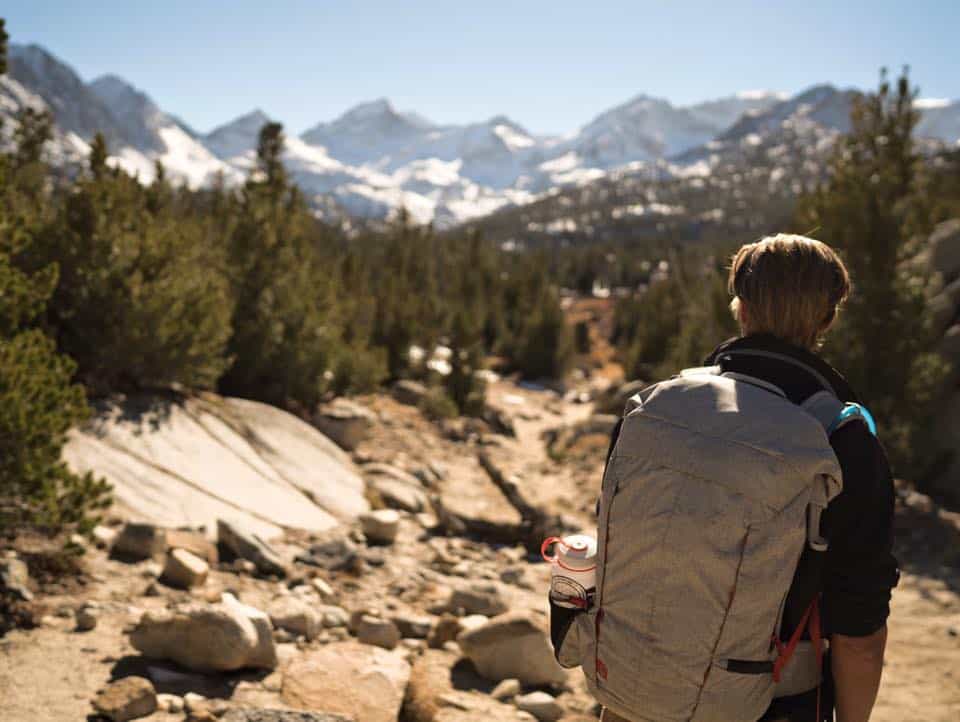 How long did it take you and your brother to go from idea, to product manufacturing, to now launching the brand?

The first piece of gear was created on the floor of my military barracks. Needing a new bag to put climbing and surfing equipment in and with no money I decided I would make one myself.  After spending a year at Sea working as a Cadet aboard commercial vessels I had learned a few things. One being how to use a classic Sewing Awl. Typically used to repair Sails and create protective covers, I went into New York Cities Fashion district and found the thickest duck canvas I could. I sat on my floor dissecting other backpacks tearing them apart, flipping them inside out, all which eventually lead to the first bag. I had to keep my door locked because if any of my friends saw me sitting there putting together patterns I would have never lived it down. That was the first bag. That was in 2012.

The initial inspiration came after that trip to Zambia. I told myself that if I could help change the life of just one child by providing them with an education than in my mind I had succeeded. That and the bag I had made on the floor during college was the beginning of BE. We found some success early with the 1.0 version of ourselves. We were getting wholesale inquiries from places like Tilly’s and other large retailers. People Magazine, The Wall Street Journal and other large publications featured us in articles however we weren’t creating the products we were passionate about for the people we wanted to. So rather than taking that perpetual step forward we decided to take a 180 degree turn and take a step back. In 2014 we stopped what we were doing to refocus on what mattered most.

I saw a large gap in the Outdoor industry. Most outdoor companies are designing products for people who were gearing up for a specific goal and a specific activity, however the everyday person who happens to do really rad sh*t was being overlooked. In our exploits we found that we ourselves weren’t being catered to by existing outdoor products. We were in a gap that on one end centered around technical performance and lacked in approachability. The other end focused on a “cool” look yet was likely to fail in rough conditions. That didn’t fit us. We aren’t summiting the highest peaks but we admire performance gear. We like fashion but realize the difference between innovative design and shit that looks good. We aren’t professionals in anything, but we work to be well-versed in everything. This notion is what led us to where we are no. We were fortunate along the way to find people that are geniuses in their specific craft have it be product design, branding, photography, videography. We have learned more than any book could ever teach from these people. It’s largely because of them that we have reached the point we have. 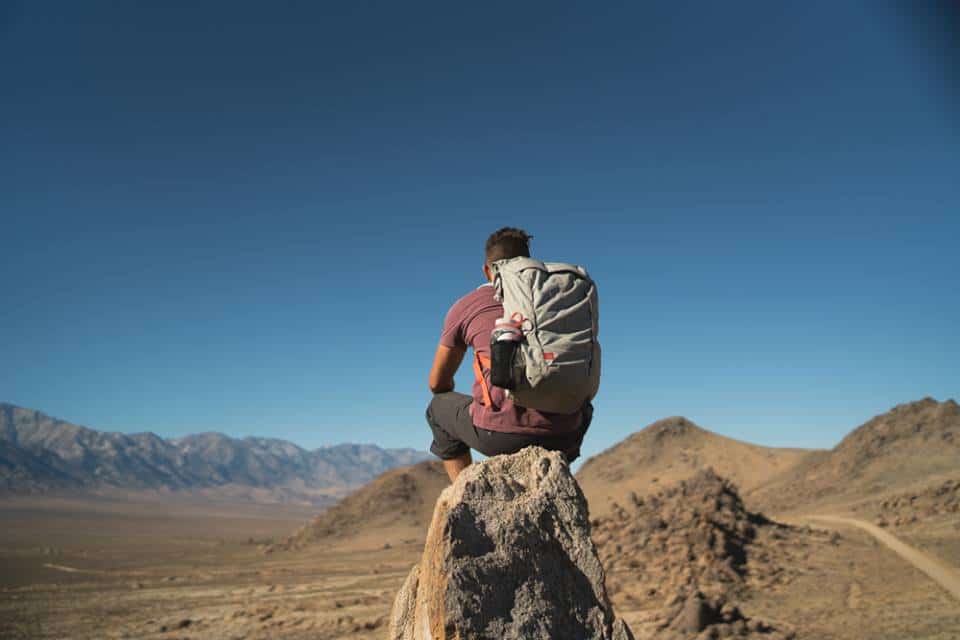 BE was formed with two ideas in mind:

First, we embrace spontaneity and we need versatile gear that welcomes the unpredictable.

As a community of climbers, surfers, runners and every other activity on the list, we are bound together by our need to get out. Our lifestyle is our own, and we need approachable gear ready for those moments when we need to get out the door quick.

Secondly, Our adventures should be carried with as much heart as the moments we discover on them. 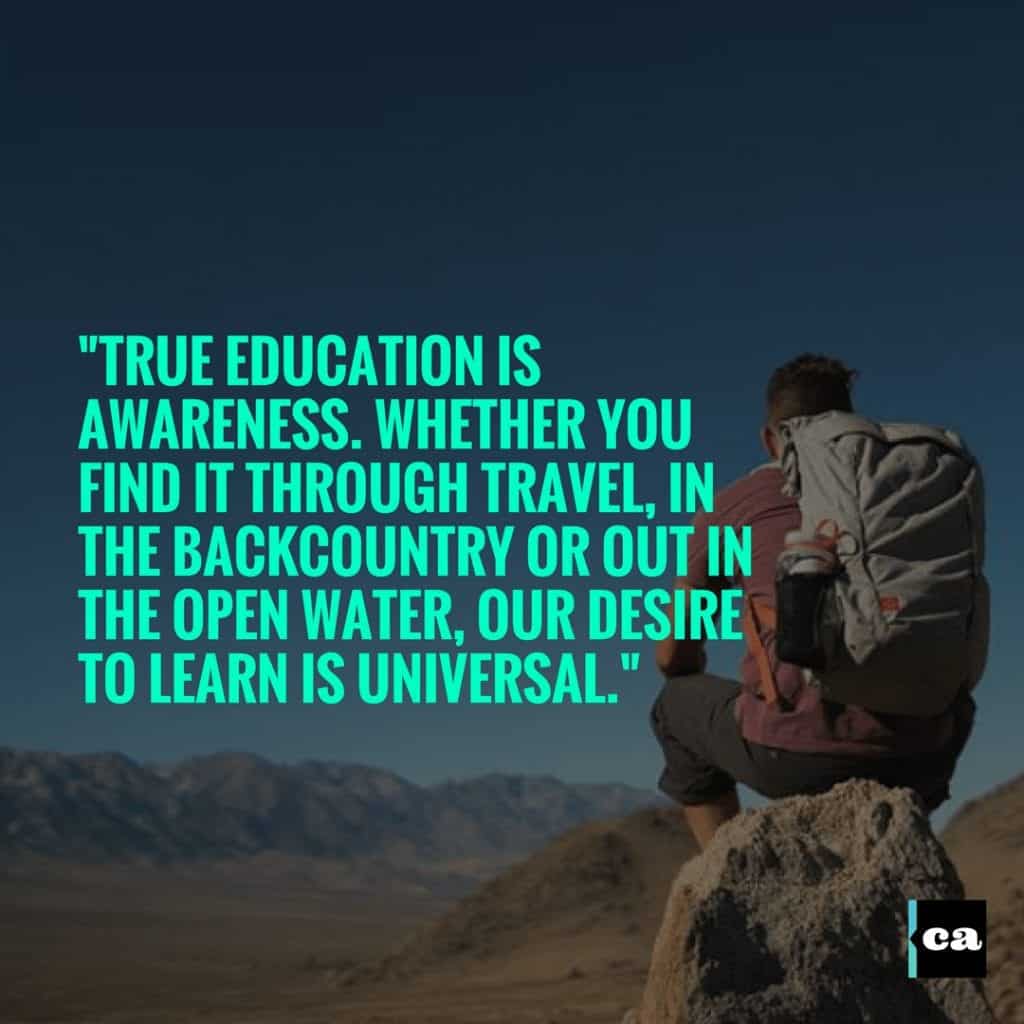 It’s with through our travels that we are able to approach the world with open eyes. We think everyone should have the ability have these same experiences. Thats why BE donates 10% of each sale to child education, so that everyone can explore the world with the same sense of wonder.

What places in the world would you advise others travel to get inspired?

Inspiration comes from passion. Go somewhere in the world that will light your soul on fire. Whether its 5 miles or 5000 miles. It is as simple as that. Some of my best ideas have come from going out for a trail run at a palm canyon down the street or sitting out in the water being mindful of how lucky I am to be able to so freely experience these things. In regards to destination. Africa is by far one of the most captivating places I have ever been. New Zealand the most beautiful and diverse… it’s an outdoorists dream. The people of Southeast Asia especially Vietnam are amazing. My biggest piece of advise would be to go somewhere and to get outside of the grips of the tourist traps. Wander with open eyes, walk down random streets, eat local food, and always be a conscientious traveler.

What tips would you give an inspiring social entrepreneur who wants to start a social impact apparel company?

Building a dream will test the timbers of your being. It will break you down. But, if you are truly passionate about something and if you fully believe in the reason you are doing it…in the “why”. You can make or do anything. You just have to trust your heart. 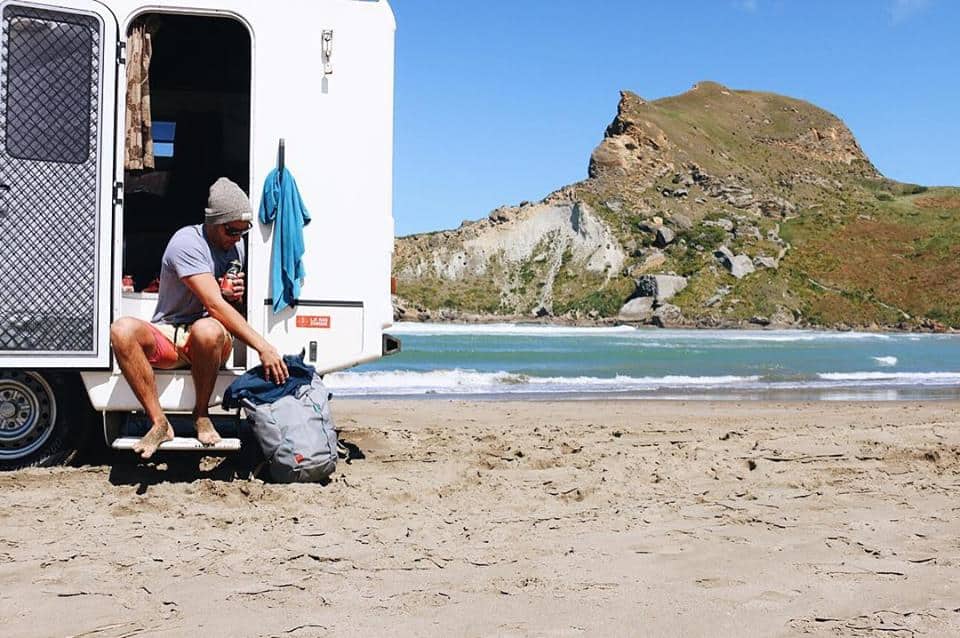 We are using the funds to help us bring the Tahquitz Pack and Cabrillo Dry Bag to life. The engines full we just have to fire it up. That and it will allow myself and Jeff to do this a bit more comfortably full time. For 2017 we are looking to really set our selves apart. We have some really innovative products in the barrel and are excited to bring them to the world later this year.

7 Travel Experiences that will Change Your Life Forever