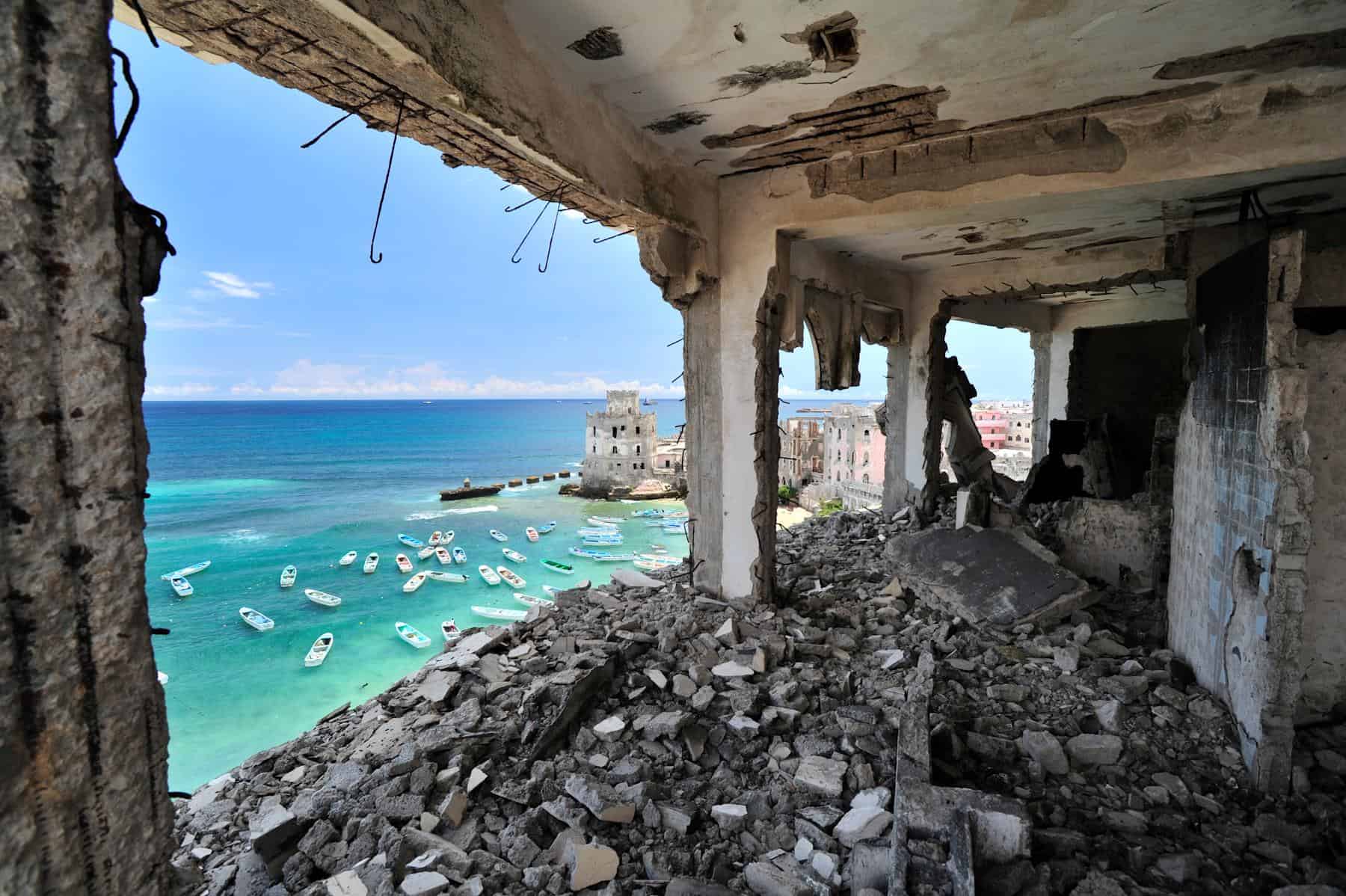 This year on Giving Tuesday, it’s estimated that over $331 million will be raised by people and organizations around the world to support various causes that make our world a better place. For many people, it’s the start of the holiday season of giving and a time that we look forward to the year ahead and how we can each commit to creating more good, and more peace in the world. Today, there are over two billion people around the world who don’t live in peace. They live in places that have been devastated by conflict—places we regularly hear about in the news like Syria and Afghanistan, as well as places that rarely make headlines, such as the Central African Republic and Burundi, two of the world’s poorest countries.

What most people don’t know is that wherever there is violence, there are local people working tirelessly, and often at great personal risk, to stop the violence and build long-lasting peace. We call these people ‘peacebuilders,’ and their stories of peacebuilding deserve to be told.

At Peace Direct, we know that building peace from the bottom up has the potential to change the lives of billions of people, and that’s what we’re working to do every day. We’re also striving to make ‘peacebuilding’ a term that more people understand and care about, because peacebuilding is happening every day, all over the world.

For example, peacebuilding is what Cure Violence, the Chicago based organization does when it intervenes to stop gang violence, which has reduced the homicide level in parts of the city by up to 70%. Peacebuilding is what our local partner in Somalia does every day, when they provide vulnerable young people with a job which will help prevent them from joining armed groups. It’s that moment when a person or group decides to find a way to stop the violence in their community and work towards long term peace.

Peacebuilding is happening across the world, and yet it’s barely recognized or supported by the international community—that’s an injustice in itself that we want to tackle head on. It’s why we joined the recent dictionary campaign to advocate for giving peacebuilding a proper definition and a place in the dictionary so that more people can be introduced to what it is—it’s also why on Giving Tuesday and throughout the holiday season of giving, we’re asking people to consider making a donation to help fund peacebuilding and work towards making peace possible for more people around the world.

A New Approach to Peacebuilding

At Peace Direct, we work at the local level to support organizations in areas of conflict by building more resilient communities and providing alternatives to war. We believe that local communities who live on the frontlines of conflict are the biggest sources of untapped resources for peacebuilding. If we’re able to support them and utilize that incredible wellspring of local knowledge, and to help make the rest of the world aware of the potential that peacebuilding has, we would see more communities transform. When peacebuilding is done well, it can be one of the most effective ways of avoiding the world’s worst crimes and atrocities, and that’s the approach we take at Peace Direct. For example, one way we’ve seen communities transform is through the work we’re doing with our partners from Collaborative for Peace in Sudan (CfPS).

In areas of the country that are out of bounds to the international community, we’re helping local communities who have formed peace committees which have been able to prevent outbreaks of mass violence altogether. In areas of Sudan where communities are heavily armed and in dispute, the local peace committees have been able to intervene and identify the root causes, stopping violence from starting in the first place. And we know this approach is working. Rasha El Fangry, a coordinator from CfPS told us that, “Fast and effective mediation is allowing us to maintain peace in the area, and allowing people in our communities to lead safer lives.”

We know that we don’t know all the answers, and that is why we don’t parachute in, like many international organizations, in an attempt to dictate how local conflicts should be solved. In fact, what makes the work that we do at Peace Direct possible is working alongside local leaders and their communities. It’s effective peacebuilding, and it’s highly scalable in areas of conflict all over the world.

Today, Peace Direct has partnered with 15 organizations, and together we work in 12 countries to support local communities in areas of conflict. In 2017 we supported over 22,000 people, but we know that the potential of our work is limitless, and we need more help to scale our efforts and bring local peacebuilding to the mainstream. That’s why this year on Giving Tuesday, we’re encouraging people to make a donation of $12 or more to represent the 12 countries that Peace Direct supports.

Without peace, life may go on, but the people and places that are affected by conflict will never thrive. At Peace Direct we know that peace is not only possible, but by increasing support, awareness, and funding to peacebuilding, we will see parts of the world that are marked by violence and despair transform into peaceful and prosperous communities for generations to come.

We’ve also partnered the travel brand Away, because they believe in our mission and support the work our local peacebuilders are doing, and they also help share the stories of our peacebuilders so that more people can learn about the important, life-saving work they’re doing. When you buy anything from Away, you’re also supporting Peace Direct.

Ultimately, peacebuilding is about hope, often in places where hope is in short supply. Our peacebuilders choose hope over fear and despair every day, and on Giving Tuesday we are asking you to do the same. By supporting Peace Direct on Giving Tuesday, you’re helping to make the communities of local peacebuilders—and the whole world—a better place for everyone.

Dylan Mathews is the CEO of Peace Direct, an international non-profit organization working to build peace in areas of conflict around the world. He comes to Peace Direct from Y Care International a youth focused international development agency working in 20 countries around the world, where he was Director of International Programs. His commitment to supporting local organizations in the global south spans over a decade. He has worked for a range of UK-based international development and humanitarian organizations, including Oxfam, Landmine Action, the British Red Cross and Oxford Research Group. Whilst at Oxford Research Group he authored ‘War Prevention Works’ which profiled the role of non-state actors in conflict prevention and resolution—a publication that helped launch Peace Direct in 2004. Dylan has been a trustee of Peace Direct for six years. He holds an MBA from the Open University and an MSc in Development Studies from London South Bank University.

The Incredible True Story: From the Slums of Uganda to Innovative Tech CEO